ANTIQUES OR COLLECTIBLES?—THAT IS THE QUESTION

A cup without a handle but with two saucers, a salt crock to hang on a kitchen wall, a cream pitcher in the form of a cow with luster spots over its white pottery body, an amber bottle shaped like a fish, a satiny rose bowl whose glowing color belies its roundness—all these were useful and probably treasured possessions in homes 85 to 150 years ago. Today, people raise their eyebrows if someone serves tea in a cup without a handle. The salt crock would be considered downright unsanitary. Their value lies in their being antiques. As such, they’re as genuine as the brass lantern with beveled glass sides that hangs in the hall of the Governor's Palace, restored to its 18th-century splendor, in Williamsburg, Virginia.
25/01/2018
READ MORE 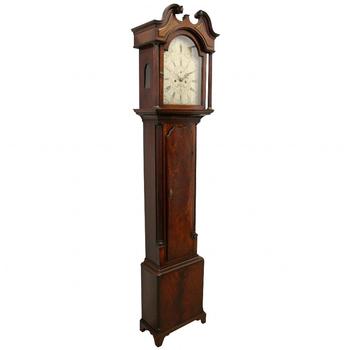 Clockmaking a Bristish legacy and more.
From the 15th century onwards public clocks had been erected in the squares and local spaces of larger towns around Scotland, from Peebles to Dundee. The mechanisms of these early clocks were produced overseas, and it wasn’t until the late 15th century to early 16th century that British clockmakers became competent in making and repairing clocks. As the practice developed, an area in Edinburgh was dedicated to their trade, Clock Maker’s Land in the West Bow, which most notably housed the workshop and residence of the watchmaker and horologist Paul Roumieu, 1677-94. His craftsmanship has been recorded in documents of the time, praising the quality of his movements and pieces.