Ripping up the rule book: Banksy, Beeple and Jafri 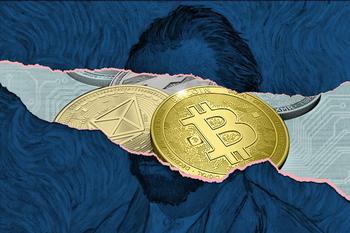 In the space of just three weeks, we have seen almost all the accepted norms of the traditional art market shattered

In March the graphic designer Beeple saw the NFT relating to his compendium of 5,000 cartoonish images Everydays: the First 5,000 Days, go for an eye-watering $69.3m—making it the third-most expensive price ever paid for a living artist. Only Jeff Koons and David Hockney have achieved more. The buyer of the NFT was an Indian programmer, Vignesh Sundaresan, a crypto investor and founder of the NFT fund Metapurse.

Then the Dubai-based painter Sacha Jafri achieved a record of sorts by creating the world’s biggest painting (18,000 sq. ft). Offered in a charity auction in Dubai, the Brobdingnagian oeuvre was bought for $62m by another crypto-entrepreneur, Andre Abdoune, propelling Jafri into sudden fame as the world’s fourth most expensive living artist.

Adding to these unsettling events, in a charity auction at Christie’s in the same month, Banksy’s Game Changer (2020), celebrating health workers as superheroes, sold for a record £16.7m ($23.1m), four times its estimate and setting a new record for an artist who has never had museum validation.

So what is happening here? The traditional hierarchies of the art market, where values—both monetary and aesthetic—were established and policed by art historians, curators and museums, are being assaulted by a new breed of wealthy new players, with new tastes and “new” money. Their wallets are stuffed with the currently surging cryptocurrencies. The traditional art world may sniff at some of their choices—but they don’t give a stuff. Beeple and others such as Jafri, Banksy and KAWS, these are the artists they respond to, or think are a good investment.

Ultimately, this seems to be the answer: it is all about money and investment, rather than art. A quick trawl through the website for the Metapurse fund—the name alone is revelatory—has an “investment” tab and the rather baffling statement: “Metapurse takes a scalable approach to maximalism when it comes to token investment. Spotting a robust underlying project and complementary tokenomics.” It does seem to be about selling the B20 token, which at the time of writing was worth $6.29, so making it accessible to anyone.

But while this frenzy lasts, values have gone topsy-turvy. Beeple, Jafri and Banksy have beaten out, in recent auctions, artists such as Van Gogh, Picasso, Matisse or Munch, names validated by time and a consensus in the established art world.

Are we witnessing a profound shift in taste and values, as the “boomer” generation passes and a new cohort imposes a very different idea of what is significant today?

Personally, I don’t think so. I think this blip in prices is heavily linked to the cryptocurrency world rather than the merits of the art offered, which in most cases is shudderingly awful. When the crypto-frenzy cools, we shall see what is still valued in the art world: as was memorably said in another context, when the tide goes out, we shall see who is wearing swimming trunks.