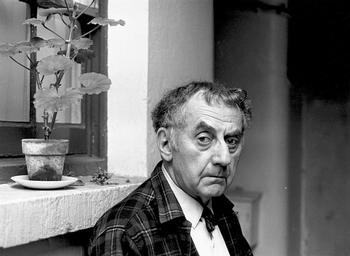 Christie’s Sale of Man Ray Works Was a Smashing Success—But the Artist’s Trust Says the $7.1 Million Auction Never Should Have Happened

A Christie’s sale featuring dozens of artworks by Man Ray that the artist’s trust attempted to halt went ahead yesterday, March 2, in Paris, with all 188 lots sold—known in auction parlance as a “white glove” sale. The auction total was €5.9 million ($7.1 million).

The strong results came despite a major challenge that publicly materialized one day prior in the form of a six-page statement from the Man Ray Trust, which was established by the artist’s widow, Juliet Man Ray, who died in 1991.

“The Man Ray Trust raised serious concerns to Christie’s about the provenance and rightful ownership of the overwhelming majority of the works offered for auction,” according to the trust’s statement. The works came from the collection of Lucien Treillard, Man Ray’s longtime assistant and collaborator, and his wife, Edmonde.

Representatives for the trust alleged that the family did not “have clear title to most of the works offered in this auction. Of the 188 lots offered at auction, the Man Ray Trust is questioning the ownership of 148.”

“The timing of the auction 30 years and 33 days after Juliet Man Ray’s death raises suspicion due to the 30-year statute of limitations for raising issues of title under French law,” the trust added.

Asked about the allegations, a Christie’s representative told Artnet News that the auction house gave “very careful consideration to the concerns raised by the Man Ray Trust and are disappointed by their press release, which questions our due diligence actions.”

Christie’s said it conducted an extensive investigation into the collection and consulted with recognized Man Ray authenticity experts, including the French curator Emmanuelle de L’Ecotais. Christie’s also said that with few exceptions, all the works in the sale had been publicly exhibited and published.

“Nothing has been provided to us by the trust that would give grounds to challenge the legality of the sale,” the auction house said.

A representative for the trust said the organization made a “last-ditch attempt to settle the issue by agreeing to joint ownership, as has been the precedent in similar disputes in the past. Unfortunately the parties were very far apart, so this lead to release of public notice detailing our claims.” In instances where similar claims emerged on the eve of an auction, sales have been halted or cancelled, tempering buyer enthusiasm. That was not the case yesterday. “We are very proud of these excellent results achieved for the fantastic collection of Lucien and Edmonde Treillard,” Christie’s director of photographs, Elodie Morel-Bazin, said of the sale. “It has been a great opportunity to have access to these precious archives.”

Asked for a reaction about the results, a representative for the Man Ray Trust told Artnet News that “it was actually nauseating to watch the auction proceed. Many of the items that vastly exceeded estimates were also among the most clearly misappropriated.”

The representative added that the trust “will continue its efforts to correct this injustice.”