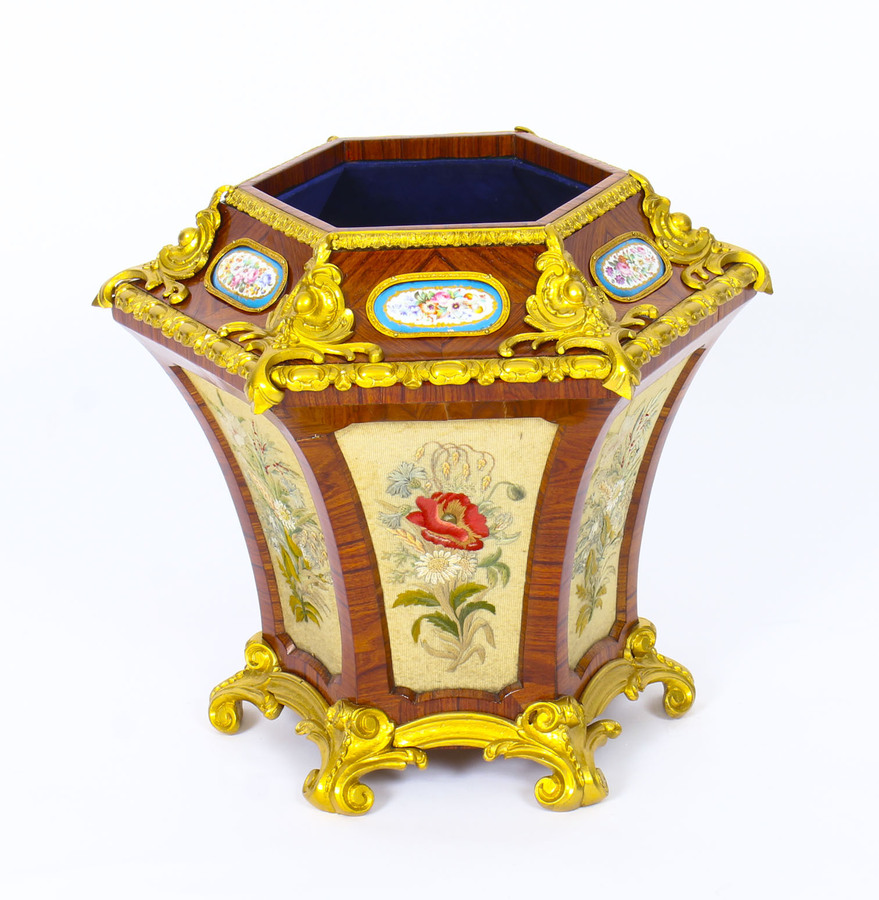 This is a magnificent and exceptionally rare antique French ormolu mounted burr walnut and kingwood jardiniere, also ideal for use as a luxurious waste paper basket, circa 1840 in date.