Antique Set of 6 Cards: Key Events in the Life of Prophet Mohammed | ANTIQUES.CO.UK |

set of 6 cards: key events in the life of prophet mohammed 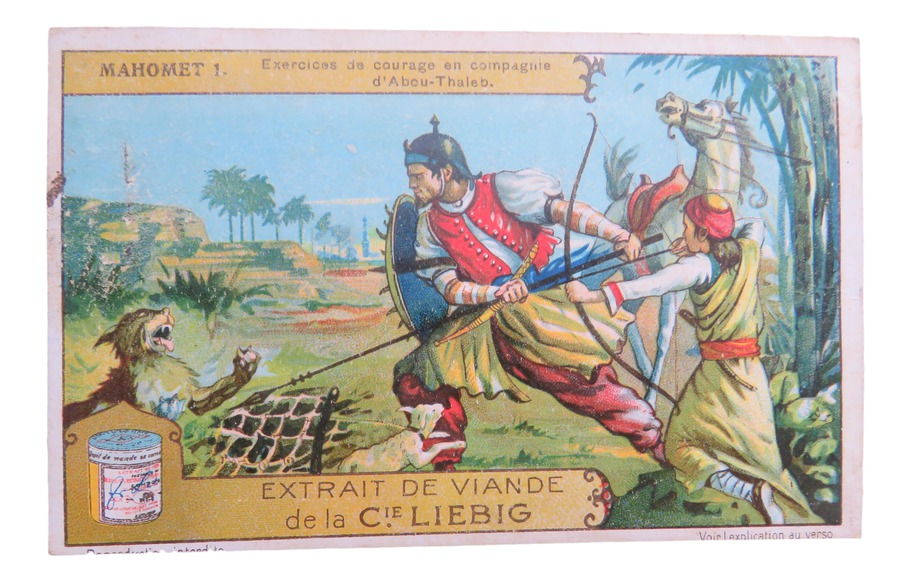 Each card commemorates a key event in the life of the Prophet: battles, with Archangel Gabriel, accusations against him, destruction of the idols, conversions, death. These cards were produced by the Liebig Extract of Meat Company, manufacturers of Oxo beef stock cubes. The company, based in Germany, was founded in 1847 and started to produce many sets of chromolithograph cards about famous personalities in 1872. This continued until the 1970s.The text of the cards appeared in several languages and countries. There have been published in Belgium, France, United Kingdom, Spain, Germany, Italy and other countries. The reverse of most cards is advertising for the Liebig Company products. The last lithographed series came out around 1939.This set about the Prophet is considered to be among the most beautiful that were produced.This set came in German and French (the language of this set).If there is interest, I will provide other details/information available prior to purchase.