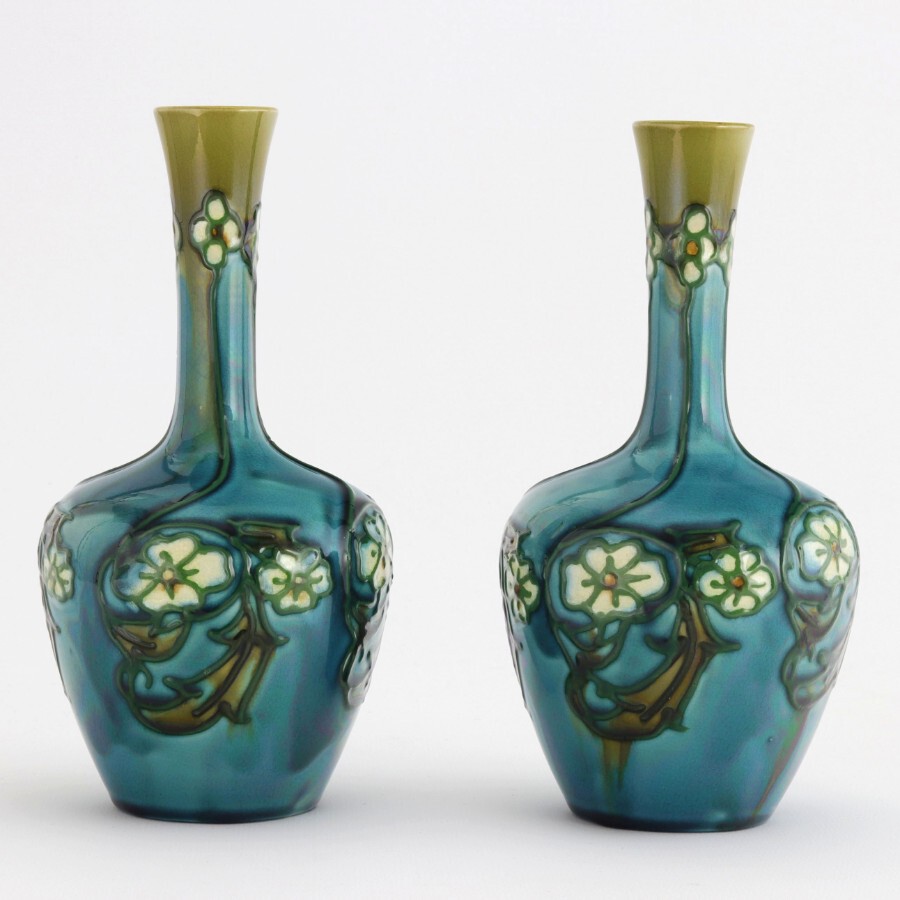 Very lovely pair of Minton Secessionist Ware tubeline decorated vases designed by Leon Victor Solon c1900. Bottle shaped body with elongated, slightly flared neck. Stylised Art Nouveau floral design picked out in ochre and cream. Whiplash tubelined decoration over a turquoise ground. Printed Minton Ltd mark and No.33 to base. The vases measure 18.5 cm in height.
This pair of vases are in excellent original condition commensurate with age. No chips, cracks or restoration. Fine crazing and minor glaze flaws as is commonly seen with Minton Secessionist vases. One vase with kiln stilt marks to base - one extending to the edge but not visible when displayed. Other vase with raised glaze flaw to foot. All from original firing. Please see images as these form an important part of the description.