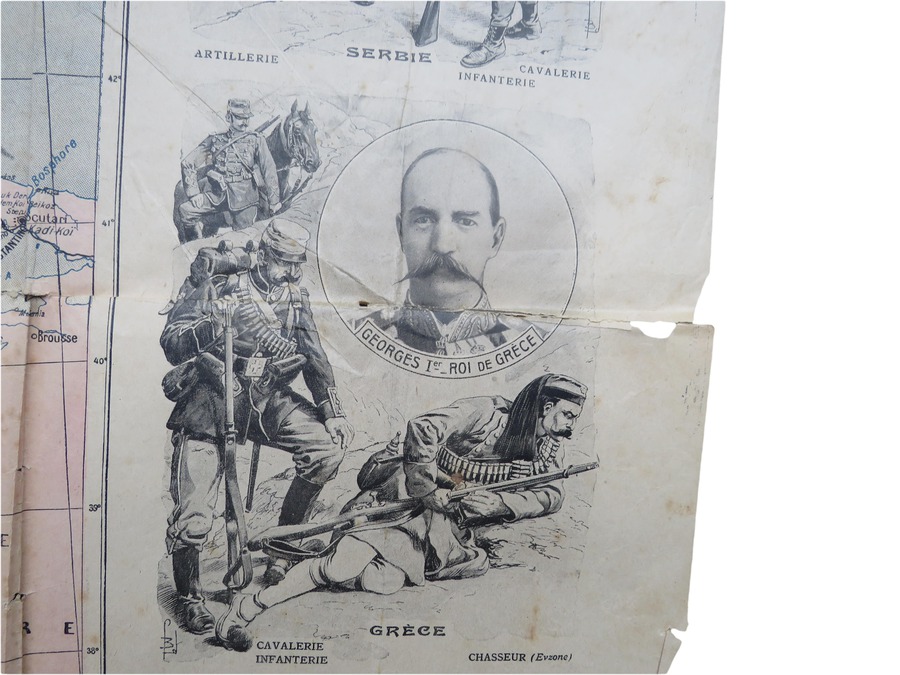 Le Petit Journal was a conservative daily Parisian newspaper published from 1863 to 1944. It was one of the four major French dailies. In 1890, its circulation first reached one million copies. Five years later, it had a circulation of two million copies, making it the world's largest newspaper.[By 1900, the paper's growth was slowing considerably. After a series of financial difficulties the final issue was published in August 1944.This shows coverage of the Balkan Wars by Le Petite Journal. These conflicts took place in the Balkan Peninsula in 1912 and 1913. Four Balkan states defeated the Ottoman Empire in the First Balkan War. In the Second Balkan War, Bulgaria fought against all four original combatants of the first war. It also faced an attack from Romania from the north. The Ottoman Empire lost the bulk of its territory in Europe. This map shows the areas of conflict and is bordered on either side by the key political actors. If there is interest, I will provide other details/information available prior to purchase.