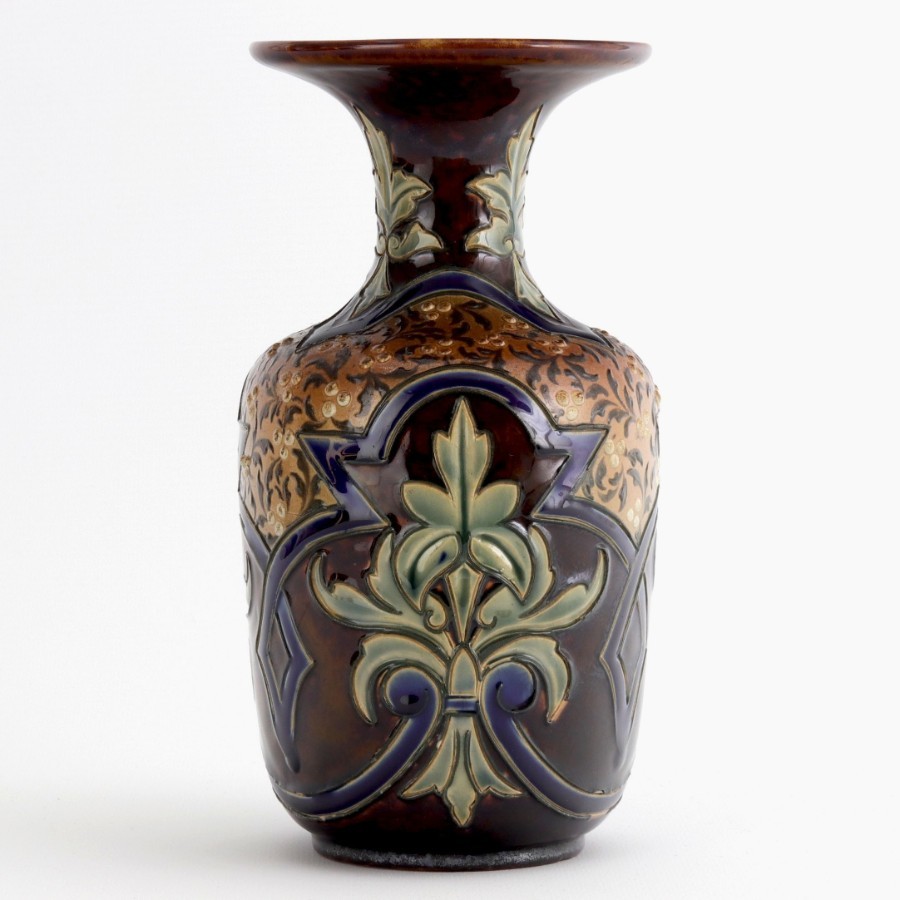 A very decorative Art Nouveau Doulton Lambeth vase by Eliza Simmance 1884. Tapered cylindrical body with waisted neck and broad everted rim. Incised Art Nouveau foliate design repeated around the body and neck of the vase on a decorated ochre-coloured body. Impressed Doulton Lambeth mark and dated 1884. Signed with Eliza Simmance's monogram (E within an S), RB for Rosina Brown and m: for Ada Maycock. The vases measure 20.5 cm in height.
This vase is in excellent original condition commensurate with age. No crazing, chips, cracks or restoration. There are very minor spots of glaze / tubeline omissions near the base of the vase - all from original firing. Please see images as these form an important part of the description.

Eliza Simmance, one of the earliest artist engaged, worked at Doulton Lambeth as an Artist and Designer between 1873 and 1928. She quickly became recognised as an original and versatile designer - winning many high awards at international exhibitions. Her work remains highly collectible. Rosina Brown (RB) joined Doulton in 1875 initially as Senior Assistant working alongside other artists such as Frank Butler, Eliza Simmance and Hannah Barlow. Her work being recognised, she went on to complete her own designs as an artist in her own right. Ada Maycock worked as a Junior Assistant from 1881 to 1889.