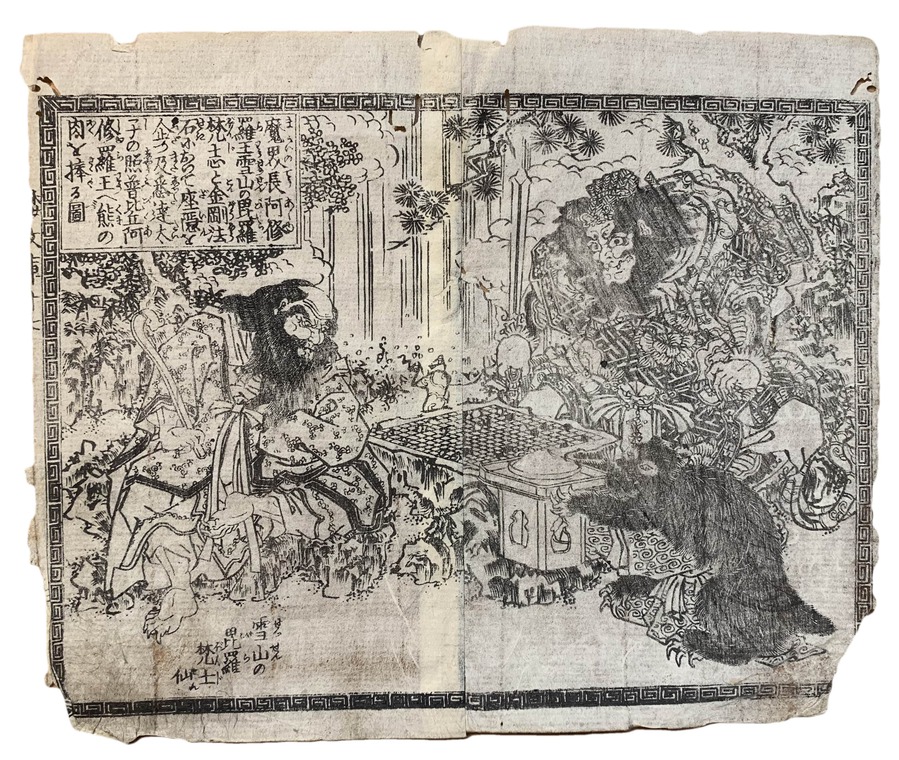 Typical subjects for woodblock cuts were female beauties ("bijin-ga"), kabuki actors ("yakusha-e"), and landscapes. The women depicted were most often courtesans and geisha at leisure, and promoted the entertainments to be found in the pleasure districts.  Portraits of celebrities were much in demand, in particular those from the kabuki and sumo worlds, two of the most popular entertainments of the era. Landscapes have come to define this art for Westerners although landscapes flourished relatively late.Prints explored themes of sexuality as traditional Japanese religions viewed sex from a more natural perspective. Shunga (erotic prints) were a major genre. Images could be suggestive or quite explicit.  As with depictions of courtesans, these images were closely tied to entertainments of the pleasure quarters.Scenes from nature have been an important part of the art. Artists have closely studied the correct forms and anatomy of plants and animals, even though depictions of human anatomy remained more fanciful until modern times. There are depictions of historical scenes, such as of ancient warriors or of scenes from legend, literature, and religion. Prints about well-known warriors and swordsmen were popular.Prints explored the supernatural and otherworldly. In these narratives, protective deities touch the lives of commoners and vengeful spirits haunt those who had betrayed them. The human body is transformed, endowed with the powers of animal deities. Prints represent many pleasurable and chilling representations of what may lie beyond the grave.If there is interest, I will provide other details/information available prior to purchase.

Hi I am Willian Mitchell Antiques.

I have a variety of items from different corners of the globe. My work
as an English teacher has taken me to Asia, Africa and the Middle
East. It is this travel that set me on the road to antiques and
collecting. Shops, outdoor markets, private homes, and individuals
have been the source of my collection. I am especially attracted to
illustrated textiles and manuscripts and have several on offer. I have
even more of these from my recent travel to India. I continue to love
the hunt and the interesting people I meet along the way.