Antique And Indian Colored Lithograph of a Royal Figure | ANTIQUES.CO.UK |

and indian colored lithograph of a royal figure 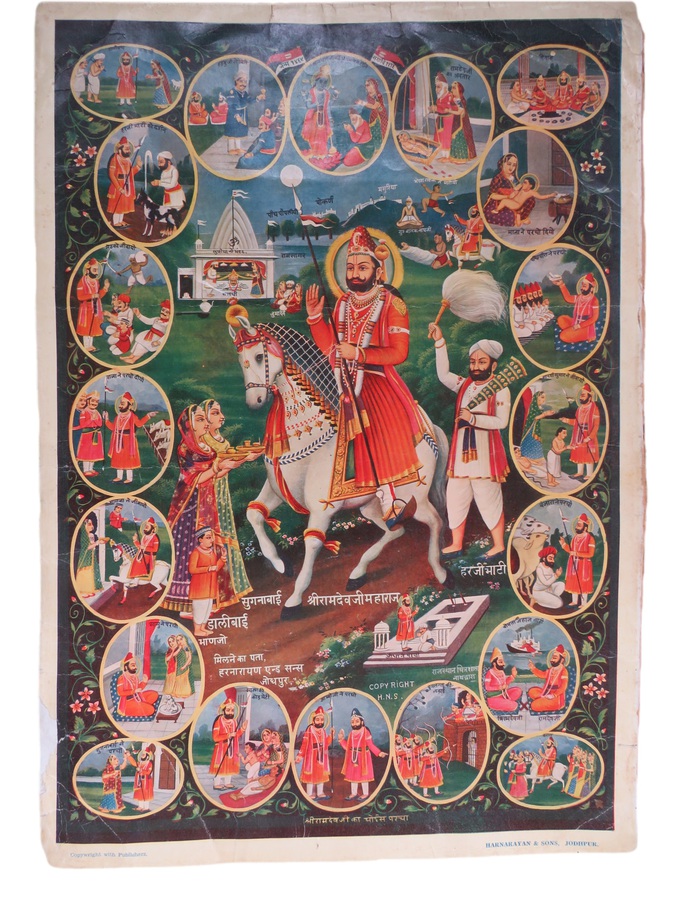 This lithograph is accomplished through chromolithography, a method for making multi-colour prints. Depending on the number of colors present, a chromolithograph could take even very skilled workers months to produce. The method became popular in India. This one was produced Harnarayan and Sons of Jodphur, a company active in the first decades of the 20th century.This particular piece will surely have religious implications, however, it is almost entirely devoted to the royal figure at the center. There, we see him on horseback and attended by servants. In each of the circles that surround him, he is present and involved in an activity, including warfare. So this certainly appears to pay homage to this character.The colors are lively and this piece is very visual.