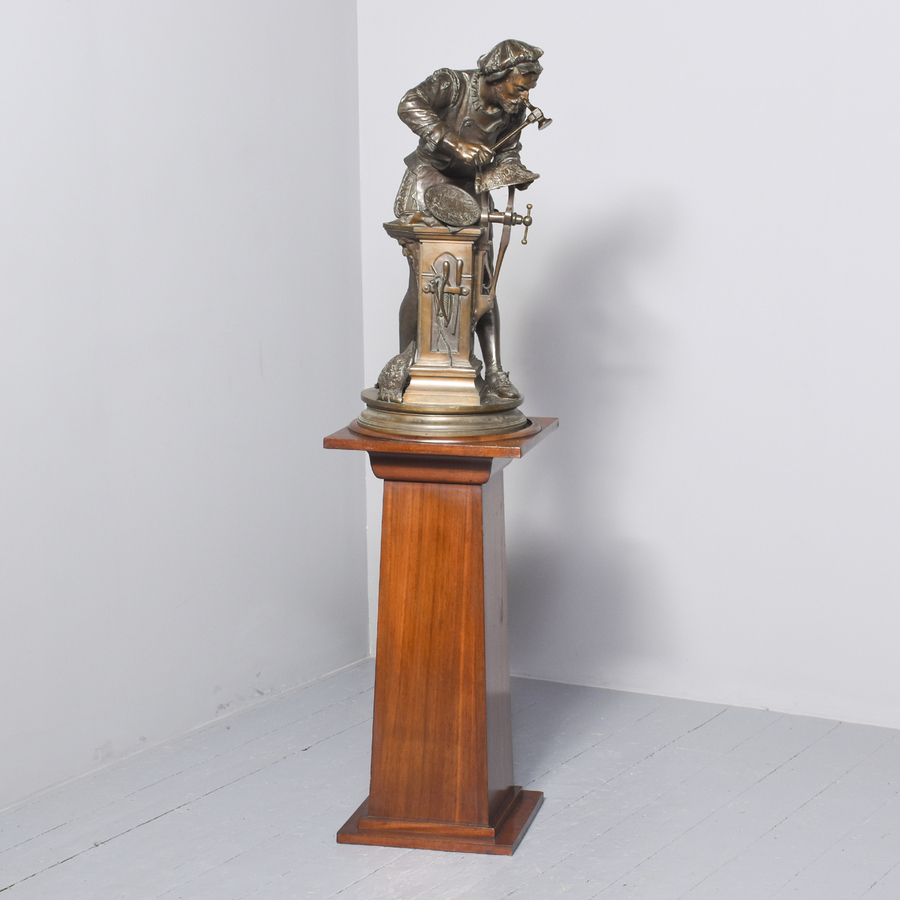 Georgian Antiques has 2929 antiques for sale.
click here to see them all

Circa 1870. A large bronze signed ‘A Gaudez’. The large well cast bronze depicts an armour maker, shows the craftsman at a vice holding hammer and beating a pattern onto a helmet. To his left, a small but well decorated shield, other tools and parts of helmets are hung about the vice and on the floor beside. Resting on a circular platform base which revolves on the plinth beneath.

Signed; A. Gaudez. Adrien Étienne Gaudez (2 February 1845 – 23 January 1902) was a French sculptor who worked in the 19th century. He produced several monumental figures that were cast in bronze. Gaudez studied sculpture under the tutelage of Francois Jouffroy at the École des Beaux-Arts and in 1870 was a prisoner of war during the Franco-Prussian War.79cm H, 37cm Dia, bronze on the plinth 165cm. Our Ref: 30816

Georgian Antiques was founded in 1978 by John Dixon's brother Padriac in a small shop at Jocks Lodge, Meadowbank in Edinburgh, with John joining the business after finishing college in 1981. The business grew so rapidly, they couldn't keep up with their inventory needs. Their goal has been to create a one-stop-shop where designers can complete an entire project from lighting to furniture to accessories. Scotland's largest antiques warehouse is located in a converted whiskey bond in historic Leith Edinburgh. With 50,000sq ft over five floors we offer a wide range of quality Georgian, Victorian and Edwardian furniture, as well as continental and small decorative items. Our stock is constantly changing.

Other antiques available from georgian antiques

Georgian Antiques has 2929 antiques for sale.
click here to see them all