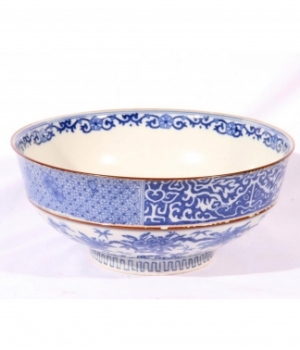 Ref 11472 - 19th century Chinese Blue and White bowl, signed on the base. The bowl is perfect and is unusual in that it has a brown band on the rim and waist. Circa 1890, bowl measures 8.5 inches diameter, 22 cms. Both UK and overseas delivery quotes include insurance. Far East shipping cost to be quoted.