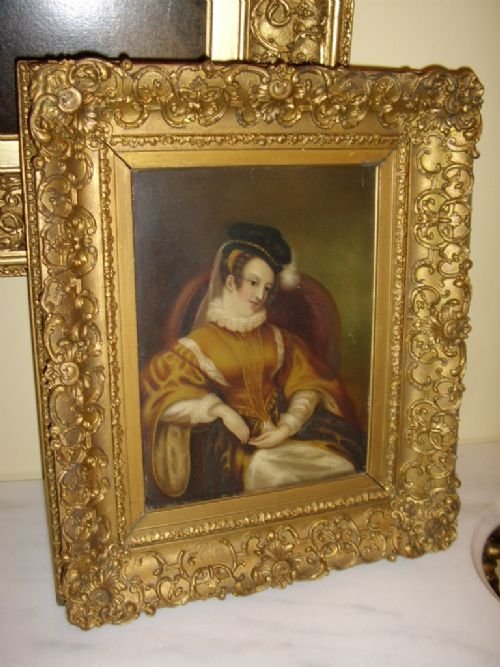 MARY QUEEN OF SCOTS (8 December 1542 – 8 February 1587), also known as Mary Stuart[3] or Mary I of Scotland, was Queen of Scotland from 14 December 1542 to 24 July 1567 and Queen consort of France from 10 July 1559 to 5 December 1560.Mary, the only surviving legitimate child of King James V of Scotland, was six days old when her father died and she acceded to the throne. She spent most of her childhood in France while Scotland was ruled by regents, and in 1558, she married the Dauphin of France, Francis. He ascended the French throne as King Francis II in 1559, and Mary briefly became queen consort of France, until his death in December 1560. Widowed, Mary returned to Scotland, arriving in Leith on 19 August 1561. Four years later, she married her first cousin, Henry Stuart, Lord Darnley, but their union was unhappy. In February 1567, his residence was destroyed by an explosion, and Darnley was found murdered in the garden.James Hepburn, 4th Earl of Bothwell, was generally believed to have orchestrated Darnley's death, but he was acquitted of the charge in April 1567, and the following month he married Mary. Following an uprising against the couple, Mary was imprisoned in Loch Leven Castle. On 24 July 1567, she was forced to abdicate in favour of James, her one-year-old son by Darnley. After an unsuccessful attempt to regain the throne, she fled southwards seeking the protection of her first cousin once removed, Queen Elizabeth I of England. Mary had previously claimed Elizabeth's throne as her own and was considered the legitimate sovereign of England by many English Catholics, including participants in a rebellion known as the Rising of the North. Perceiving her as a threat, Elizabeth had her confined in various castles and manor houses in the interior of England. After eighteen and a half years in custody, Mary was found guilty of plotting to assassinate Elizabeth, and was subsequently executed.CONDITION
The painted surface of the portrait is all in original untouched state and is very good for age and ready to hang. FRAME
A later very decorative frame afew old repairs but still very respectable condition. LABEL & IMPRESSED STAMP VERSO
There is a gallery impressed stamp verso which dates the picture and reads “Roberson and Miller…Manufacturers of water and oil colours, materials for drawing, painting & c.. 51 Long Acre, London”.The Roberson ledgers, part of a larger archive, are a rich and unique source of information into the trade in artists’ materials. From 1828 Charles Roberson was in partnership with Thomas Miller, trading as Roberson & Miller (1828-1839) at 51 Long Acre. Roberson & Miller’s trade sheet listed watercolours in cakes and in boxes, Roberson & Miller’s prepared lead pencils, drawing papers etc, bladder colours for oil painting, ‘prepared cloths and tickens’, prepared panels and millboards, ‘hatchment cloths’, chalks, ‘brushes and pencils’, varnishes, oils and sundries. Artists using Roberson & Miller’s colours included Andrew Plimer, Sir Thomas Lawrence, Hamilton Kerr and Samuel Palmer whilst Roberson & Miller canvases were also used by J.M.W. Turner.
Roberson remained a force in the business for many years, relocating to 99 Long Acre in 1853 (it existed there until 1937), and establishing his company as one of the major firms of artists’ suppliers. He was recorded in the 1851 census, with two nephews in the business, Charles Park, clerk, age 31, and Charles Roberson, age 20, described as ‘assistant’ he was listed at 99 Long Acre in both the 1861 and 1871 censuses. He died there in 1876, age 76, leaving a substantial estate of nearly £120,000. DATELINE
Estimated to be in the region of c1828-1853MEASUREMENTS(Including Frame)
Height 18.5 Inches
Width 15.5 Inches TELEPHONE ENQUIRIES 01530 411126 OR 07765 856171
Hours 10am - 10pm 7 days a week By Appointment only