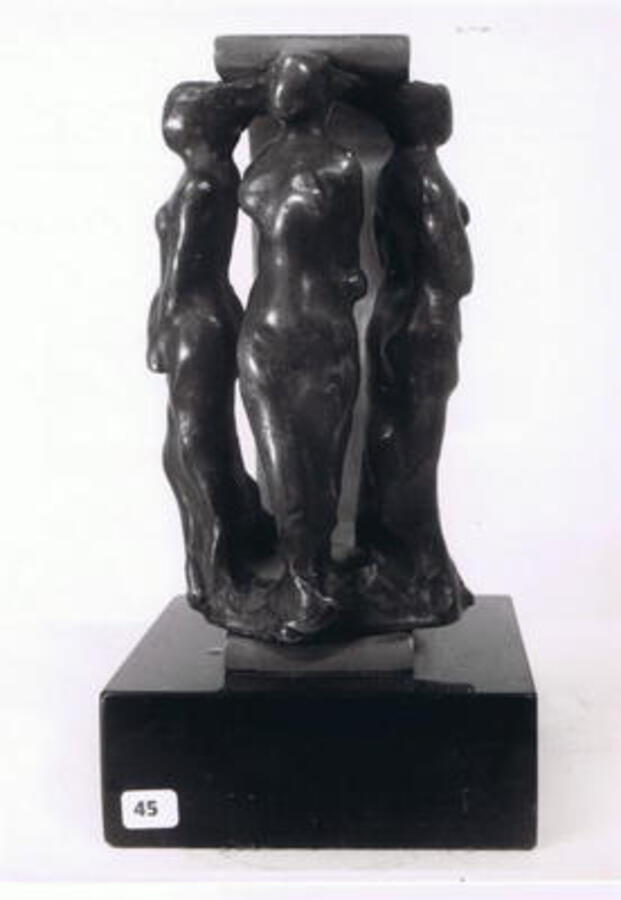 Enzo Plazzotta was born in Mestre, near Venice and died aged sixty after having worked in London as a sculptor for more than half his life. He always maintained his links with Italy and had a studio at Pietrasanta in Tuscany from 1967.
Initially a student of architecture and sculpture he decided to specialize in sculpture and studied at the Accademia di Brera in Milan under the watchful tuition of Giacomo Manzù among others. His studies were interrupted by World War II in which he became a Partisan leader near Lago Maggiore