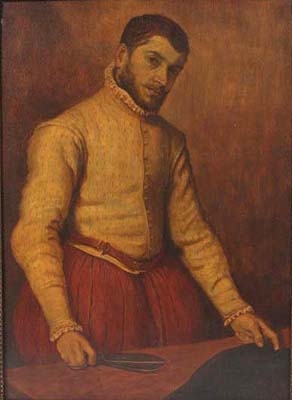 43 x 32 in. frame
Giovanni Battista Moroni''s The Tailor - a 16th-century portrait of a man in cream doublet and red hose, looking steadily and sensitively out of the picture as he poses, scissors in hand, to cut a piece of black cloth - is one of the greatest paintings in the National Gallery, London, UK.