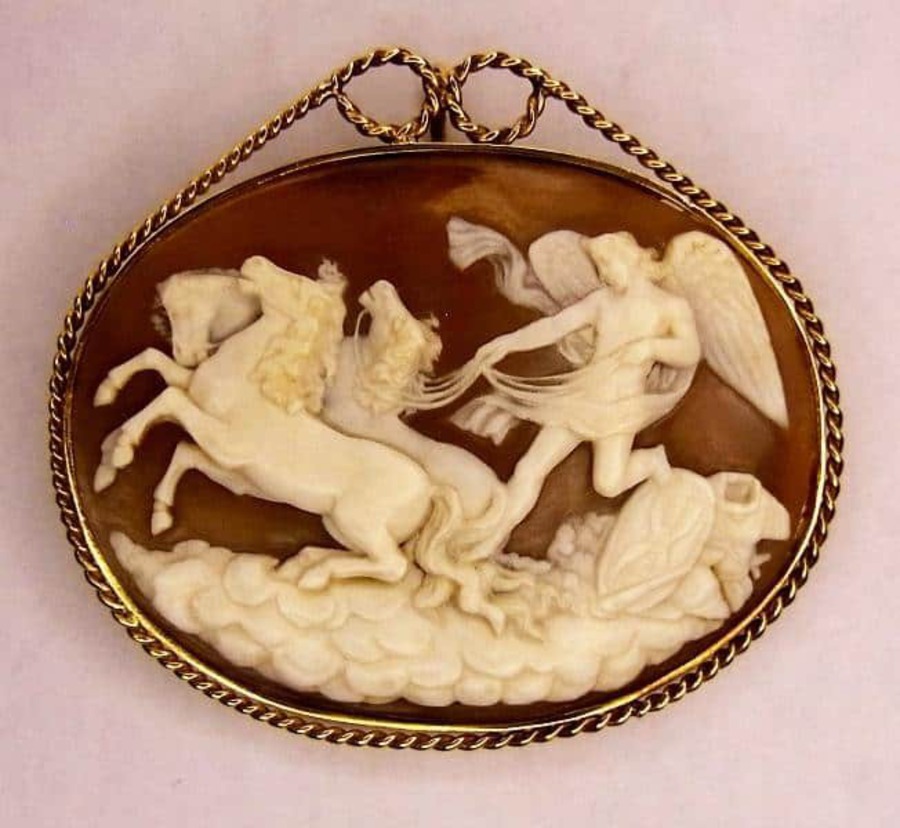 this exceptionally finely carved bull's mouth shell cameo portrays Phaeton, the son of Apollo and the nymph Clymene. Phaeton's friends did not believe he was Apollo's son, so he pleaded with Apollo to be allowed for one day to drive the Chariot of the Sun. However, he did not have Apollo's strength, lost control of the horses, the chariot flew too high, burning the heavens, and too low burning the earth. The out-of-control chariot was stopped by a thunderbolt from Jupiter, which wrecked the chariot and sent Phaeton hurling down to his death into the river Eridanus, whence he was buried by nymphs. There is a fine hardstone cameo by Saulini in the Birmingham City Museum, virtually identical in design, as many came from design books that circulated in the 19th century and earlier. It is set in a modern mount stamped 9ct, with a suspension loop, overall 2 1/4 x 2 inches: 59 x 53mm