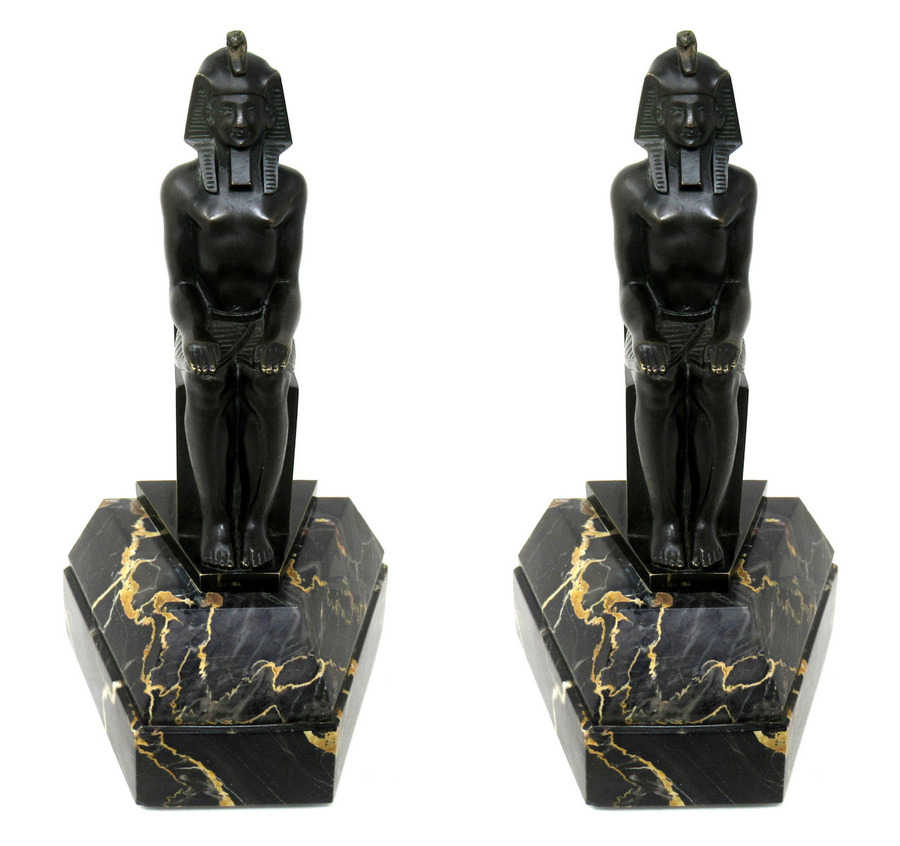 Patrick Howard Antiques has 182 antiques for sale.
click here to see them all

A Fine Pair of Stylish and Imposing French Grand Tour Style Patinated Bronze and Italian Porto Marble Empire Style Bookends modelled to depict two identical seated Egyptian Female Figures in traditional attire of outstanding quality. First quarter of the Twentieth Century. Each figure firmly seated in a throne style seat with straight upright back on a quadrilateral bronze base. The well veined Porto black marble bases furrowed by a spectacular burst of golden veins are carved from a solid block, with similar outline. Condition: Superb condition with good patination, no losses to marble bases. No evidence of a foundry, extremely well cast figures. Height: (entire) 9” (22.5cm). Width: (at back base) 5” (10.5cm). Depth: (at base) 3.75” (9.5cm). Location: Dublin City, Ireland. Affordable fixed price Store to door shipping. Note: Interest in the art of Ancient Egypt began to take root following Napoleon I's invasion of Egypt at the end of the 18th Century. It is for this reason that the so-called Egyptian Revival style in the decorative arts is often seen as an offshoot of the so-called Empire style, the dominant decorative style in the age of Napoleon.

Patrick Howard Antiques has 182 antiques for sale.
click here to see them all