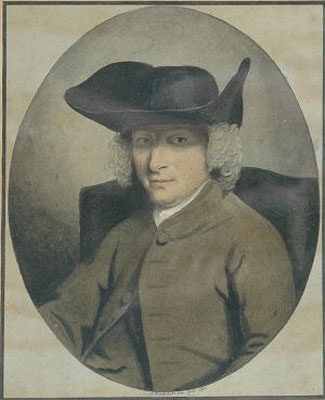 Balfour was studying in Leiden in 1729. In opposition to what he regarded as the ''mechanical'' philosophy of Kames and Hume, he became Professor of Moral Philosophy at Edinburgh in 1754. He was not regarded as a very good teacher and in 1764 he was elevated to the chair of the Law of Nature and Nations so that Adam Ferguson could take his place. He died in Pilrig House.A long manuscript quotation about him from Sir Harry Moncrieff''s Life of Dr Erskine is attached to the back.

James Balfour,1705-1795, philosopher, was born at Pilrig, near Edinburgh, in 1705, and, after studying at Edinburgh and at Leyden, was called to the Scottish bar. He held the offices of treasurer to the faculty of advocates and sheriff-substitute of the county of Edinburgh. In 1754 he was appointed to the chair of moral philosophy in the university of Edinburgh, and in 1764 transferred to that of the law of nature and nations. He was the author of three philosophical books: 1. ?A Delineation of the Nature and Obligation of Morality, with Reflexions upon Mr. Hume''s book entitled ?An Inquiry concerning the Principles of Morals.?? This book was published anonymously, the first edition in 1753, the second in 1763. 2. ?Philosophical Essays,? published anonymously in 1768. 3. ?Philosophical Dissertations,? published in 1782 under the author''s name. These writings are marked by a calm tone of good sense and good feeling, but are not very powerful in thought. Dr. ICosh, in his work on the ?Scottish Philosophy,? says of him: ?He sets out (in his ?Delineation?) with the principle that private happiness must be the chief end and object of every man''s pursuit; shows how the good of others affords the greatest happiness; and then, to sanction natural conscience, he calls in the authority of God, who must approve of what promotes the greatest happiness. This theory does not give morality a sufficiently deep foundation in the constitution of man on the character of God, and could not have
stood against the assaults of Hume. In his ?Philosophical Essays? he wrote against Hume and Lord Kaimes, and in defence of active power and liberty. Like all active opponents of the new scepticism, he felt it necessary to oppose the favourite theory of Locke, that all our ideas are derived from sensation and reflexion.?Balfour''s mother was a Miss Hamilton, of Airdrie, great-grandaunt of the late Sir William Hamilton, Bart., professor of logic and metaphysics in the university of Edinburgh 1836-1856. His eldest sister married Gavin Hamilton, bookseller and publisher in Edinburgh (also, it is believed, a member of the Airdrie family), whose eldest son was Robert Hamilton, professor of mathematics in Marischal College and University, Aberdeen, author of a treatise on the national debt.Apart from this watercolour, the only other record of the artist is as a miniature painter and ''honorary exhibitor'' at the Royal Academy of Arts in 1803.