Antique Portrait of a young boy aged 11 in a black coat, fur hat and muff | ANTIQUES.CO.UK |

portrait of a young boy aged 11 in a black coat, fur hat and muff 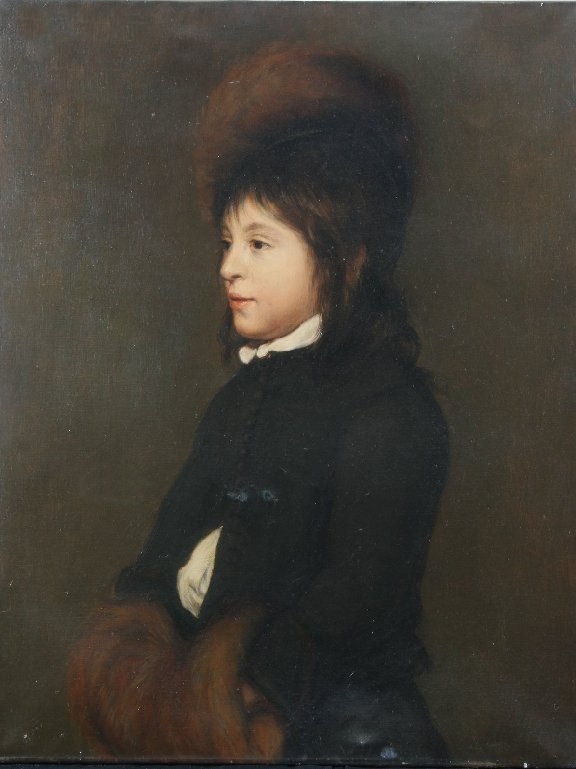 after the original portrait in the National Gallery, London. NG1137. Thie original portrait is signed with the painter''s monogram and dated 1650; the age of the boy is recorded as 11. The boy is turned away from the spectator, looking to the left. The design is concentrated upon the face and its expression, and the colouring is muted, enlivened only by the fur of the muff and the hat.

Jacob van Oost the Elder was the leading artist of 17th-century Bruges. He painted many altarpieces in the churches of his native city; he was also exceptionally gifted as a portrait painter. Van Oost was born in Bruges, and trained there by his elder brother, Frans. He entered the Guild of Saint Luke in 1619, becoming a master two years later. He visited Rome some time in the 1620s. Works executed after his return to Bruges in 1628, like his ''Calling of Saint Matthew'' (Bruges, Vrouwkerk), reveal Caravaggio''s direct influence, though in a contemporary Netherlandish setting. In addition to Caravaggio, Van Oost was influenced by recent developments in painting in Antwerp, notably the work of Rubens and Van Dyck. He served as an officer in the Guild of Saint Luke in Bruges on a number of occasions.