Antique Cylinder Seal of an Offering to the God Enki | ANTIQUES.CO.UK |

cylinder seal of an offering to the god enki 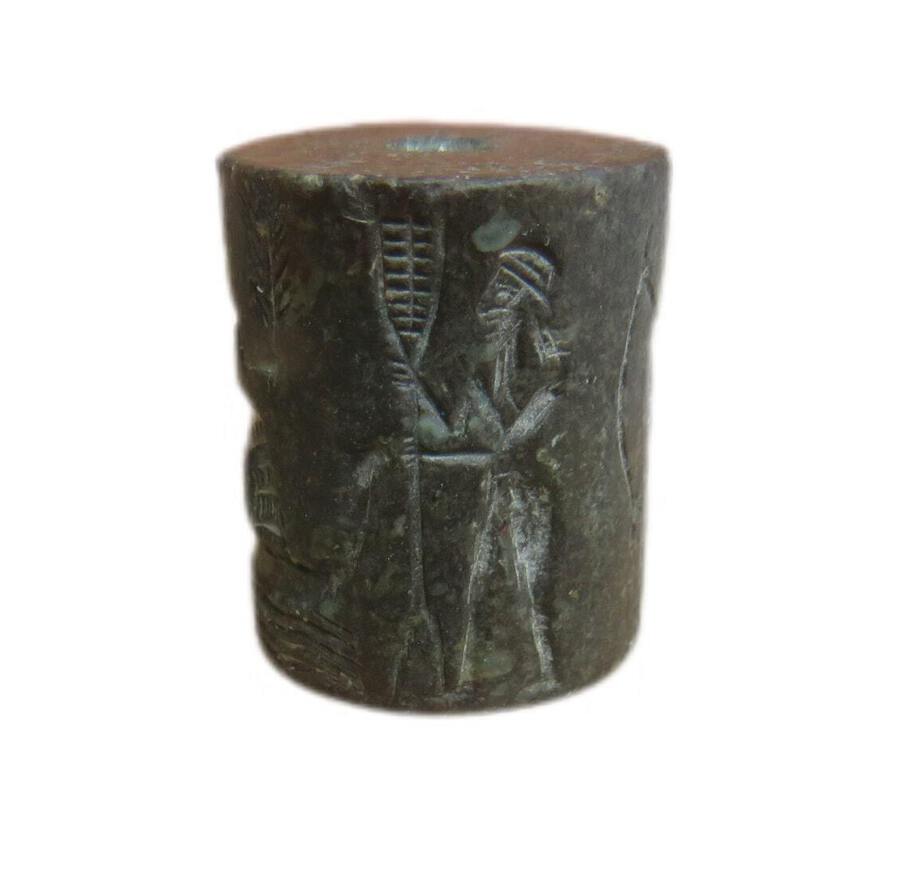 A small black chlorite cylinder seal, depicting hunters and probably an offering of a goat to Enki, a Sumerian diety, Enki. Enki is the god of water, knowledge, mischief, crafts, and creation (nudimmud), and one of the Anunnaki. The Anunnaki are a group of deities of the ancient Sumerians, Akkadians, Assyrians, and Babylonians. Their primary function was to decree the fates of humanity. On this seal, a hunter with a deer is being brought before the god Enki.Cylinder seals are cylindrical objects carved in reverse (intaglio) in order to leave raised impressions when rolled into clay. Seals marked ownership, and could be official identifiers, like a signature. A seal’s owner rolled impressions in wet clay to secure property such as baskets, letters, jars, and even rooms and buildings. Cylinder seals were often made of durable material, usually stone, and most were drilled lengthwise so they could be strung and worn.Purchased from a dealer in Afghanistan between 2011-2014 when I was assigned to work at the NATO base (at Kabul International Airport).If there is interest, I will provide other details/information available prior to purchase.