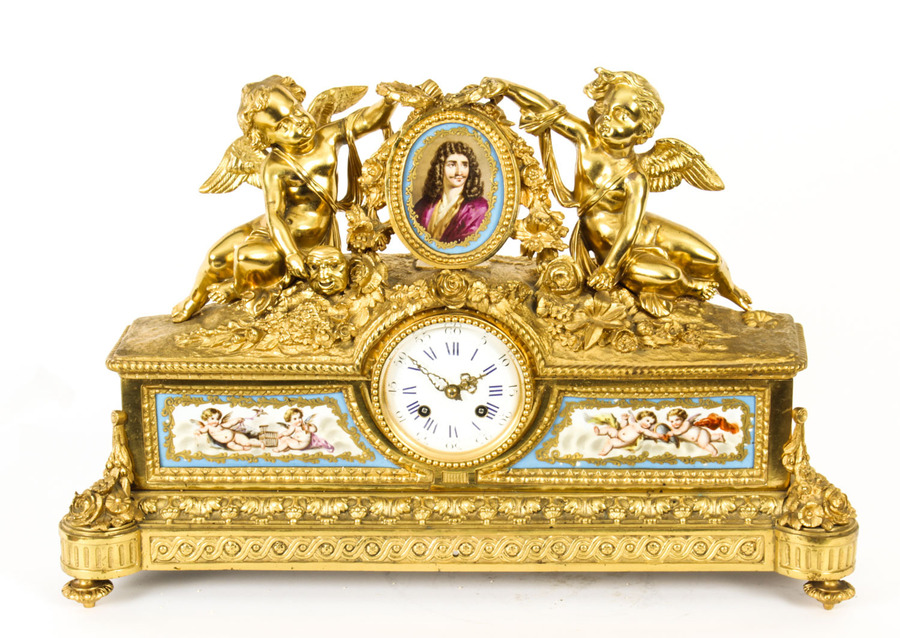 This is a superb antique French gilt bronze mantel clock with Bleu Celesteporcelain panels in theSevres manner, circa 1860 in date.