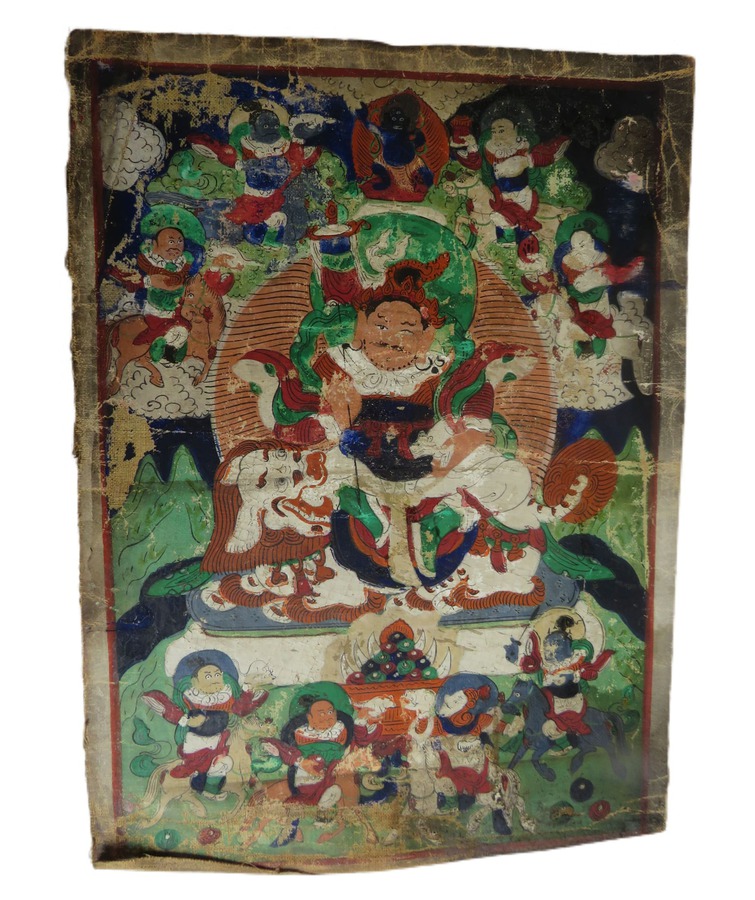 This small thangka or traditional Tibetan painting on cloth depicts gods of the Tibetan Buddhist pantheon. Traditionally thangka are used as teaching tools. They contain visual messages that relate to the stories of Buddhist masters. They are designed to tell the life of Buddha, as well as other influential lamas and deities. The composition of the Thangka often incorporates the central figure, normally a deity, surrounded by many smaller figures, in a symmetrical design. Peaceful and wrathful deities appear. On this thangka, at center and upon a sacred beast is the Buddha or a manifestation of the Buddha before achieving Enlightenment. Above center and blue is Vajrapa?i, a bodhisattva in Mahayana Buddhism. He
is the protector and guide of the Buddha and he symbolizes the Buddha's power. Flanking on horseback are a number of other gods who are also
protectors. If there is interest, I will provide other details/information available prior to purchase.