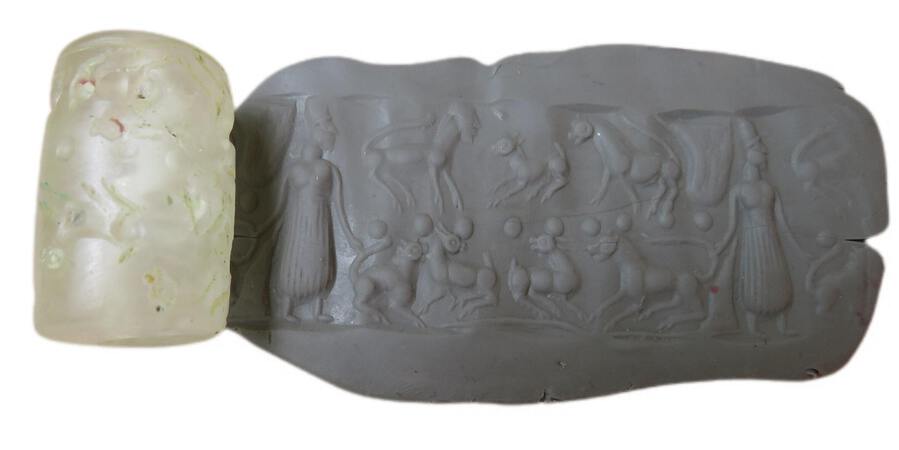 A Sassanian crystal cylinder seal. The standing figure clasps the tails of two creatures in the “master of animals” posture. This is a common motif in cylinder seal art and widespread in the art of the Ancient Near East and Egypt. The figure may be female or male. The animals may be realistic or fantastical, and the human figure may have animal elements though this does not seem to be the case with this particular seal. The figure is typically described as a hero by interpreters. Or they could be understood as the king. Cylinder seals are cylindrical objects carved in reverse (intaglio) in order to leave raised impressions when rolled into clay. Seals marked ownership, and could be official identifiers, like a signature. A seal’s owner rolled impressions in wet clay to secure property such as baskets, letters, jars, and even rooms and buildings. Cylinder seals were often made of durable material, usually stone, and most were drilled lengthwise so they could be strung and worn.Purchased from a dealer in Iraq between 2008-2010 when I was assigned to work at a U.S base.If there is interest, I will provide other details/information available prior to purchase.