Antique Young Girls on a Beach with Shrimp Net | ANTIQUES.CO.UK |

young girls on a beach with shrimp net 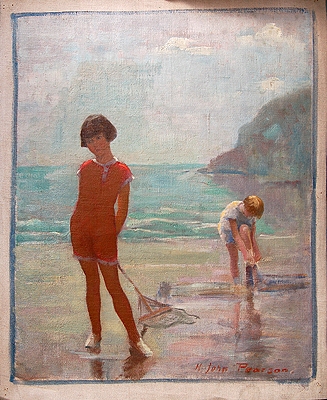