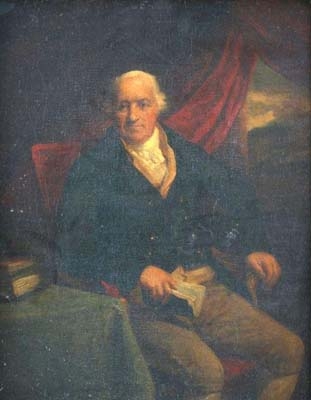 Most likely he was born at Elphinstone Tower, Falkirk, he was third son of Charles, 10th Lord Elphinstone and Lady Clementina nee Fleming only child of the 6th Earl of Wigtan and elder brother of Admiral Lord Keith Elphinstone (1746-1823). He became captain of a British East India company ship, and rose to serve as a director of the company (1786-1825 ) and its Chairman in 1804, 1806 and 1814. He married Elizabeth, the eldest daughter of William Fullerton of Carstairs in Edinburgh June 1744. He joined the East India Company at the age of 17, spending almost 70 years in the Company''s employ. He rose through the ranks, joining the Court of Directors in the 1780''s and becoming Chairman of the Court of Directors on three separate occasions, in 1804, 1806 and 1814, an unusual occurrence. He finally retired in 1826 and the age of 85. His knowledge and experience of Indian affairs was considered unrivalled. He was the father of Major General William Elphinstone, commander of the ill-fated Afghan expedition of 1841, and uncle of Mountstuart Elphinstone, Governor of Bombay and an Indian historian.
He was commissioner for the lieutenancy of London. He had 4 sons and 3 daughters : John Fullerton Elphinstone, Captain Charles Elphinstone, RN, Colonel William George Keith Elphinstone, C.B aid-de-camp to the king, Lieutenant Colonel James-Drummond Buller-Elphinstone, Clementina who married in 1809 Admiral Sir Pulteney Malcom G.C.B , Elizabeth and Anne.