Antique "Walk Up , Walk Up, Its Ready !" Young Girl with Base Drum | ANTIQUES.CO.UK |

"walk up , walk up, its ready !" young girl with base drum 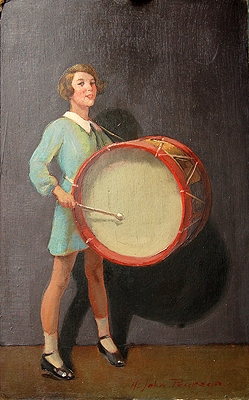