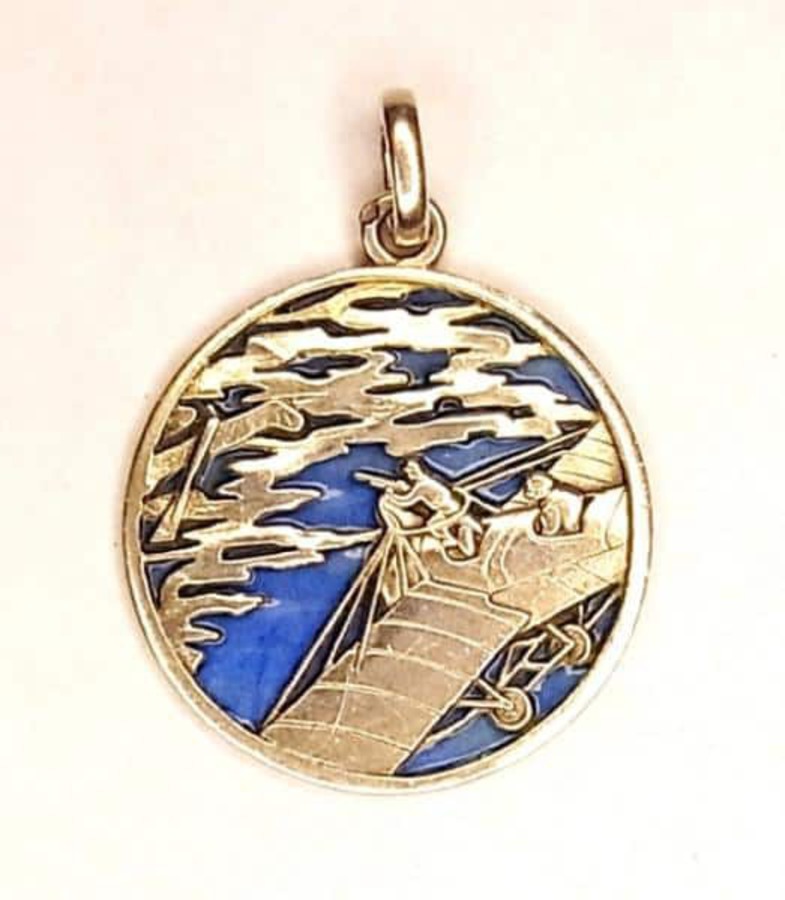 Unique French World War I pendant showing a beautifuly detailed fighter plane, probably a Morane-Saulnier type N with its distinctive wire wing bracing, attacking a German plane to the left of the pendant, amongst clouds. The translucent blue enamel background is done using a diffficult technique known as plique-a-jour. As enamel is a powder until fired, it is necessary to back the piece before firing either with mica, which is heat resistant, or with copper, which is subsequently removed with acid. There is a French control mark on the ring, which even with a high-powered loupe I cannot make out-but the appearance of the metal is of platinum which I would expect given its strength for detail and the high quality of the work. The pendant is approximately 1 inch: 25 mm in diameter