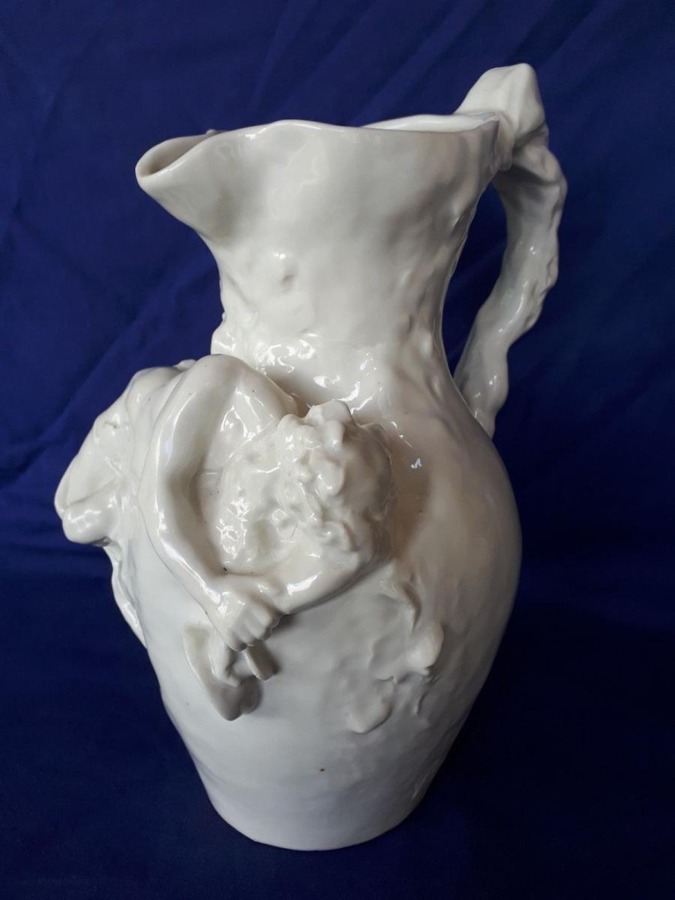 Very rare and high quality work of art.
No accident, complete. It is a magnificent disturbing object, as must be a work of quality, with an equal finish. Very thick, very massive, very fat model, museum piece.

Charles Vital-Cornu, born April 17, 1851 in Paris and died June 29, 1927 in the same city, is a French sculptor. Pupil of Isidore Pils, Eugène Delaplanche and François Jouffroy, Vital-Cornu started in statuary by obtaining a first class gold medal at the École des Beaux-Arts, soon followed by an honorable mention at the 1889 Salon, for its first shipment, Le Ricochet. In 1882, he received a 3rd class medal for a Camille Desmoulins and a child Narcissus. Carrying out marble and bronze sculptures of various patinas, he participated in several salons organized in Paris by the Society of French Artists, where he obtained numerous distinctions, such as an honorable mention in 1880 and 1881, a 3rd class medal in 1882. In 1883, he was granted a travel grant for the Abandoned, a marble statue erected in Parc Monceau. In 1886, the Belles Vendanges earned him a 2nd class medal, after which he was classified out of competition. At the Universal Exhibition in Paris in 1889, he received a bronze medal and, the following year, at the Salon of 1890, he obtained seven votes for the Salon's medal of honor for the marble group entitled Archimedes, martyr of Science. On January 1, 1896, he was appointed knight of the Legion of Honor. At the 1900 Universal Exhibition at the Grand Palais in Paris, he won a silver medal. He is president of the Union des artistes français, and vice-president since 1893 of the Société libre des artistes français.