the protector dictating the letter to john milton, 1655 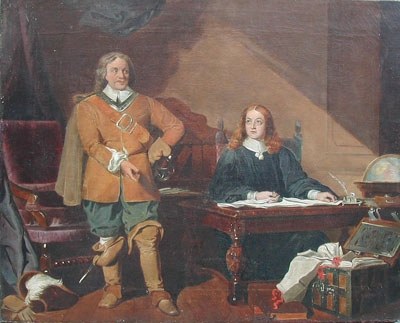