still life of a jug and japanese doll 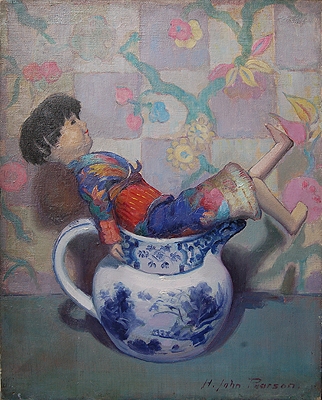