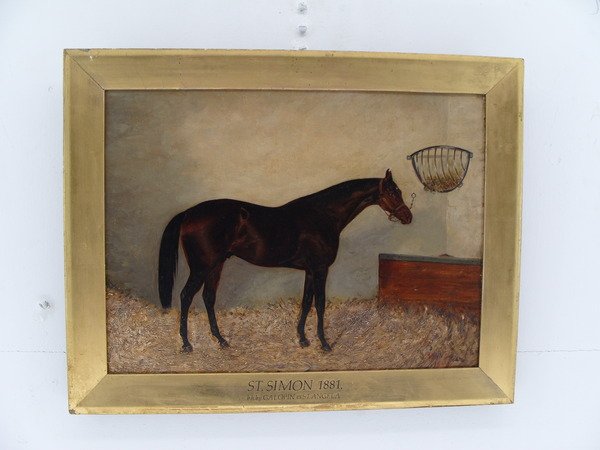 John Bryant-Pictures and Prints has 37 antiques for sale.
click here to see them all

Oil on Canvas 11 1/2" H X 15 1/2" W.
very good portrait, indistinctly signed(dated 1903) of this greatest of all horses & subsequently sire. He won all his nine starts effortlessly. He was entered for the Derby, which he would have won, but did not run because his owner at the time died, making his entry void. He was bought by the Duke of Portland, trained by Mat Dawson, and ridden by the great Fred Archer, who had much difficulty pulling up at the top of the Trundle at Goodwood after winning the Cup over 2 &1/2 miles!

Other antiques available from john bryant-pictures and prints

John Bryant-Pictures and Prints has 37 antiques for sale.
click here to see them all