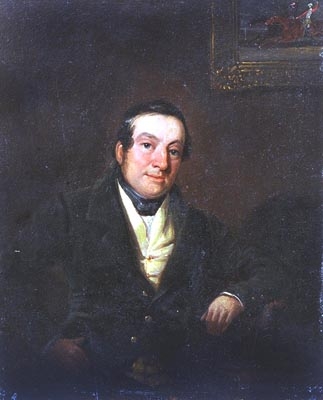 Harry Hall (c. 1814 ? 22 April 1882) was an English equestrian painter, whose works were in demand by horse owners. His output was prolific and he was the foremost racehorse portraitist of his time: his style has been described as being "strikingly modern... when compared with many of his contemporaries". He also produced other types of portraits and shooting scenes. Hall was born in Cambridge sometime around the middle of the second decade of the 19th century (dates of 1813, 1814, 1815, and 1816 are to be found in biographies). He first appeared as an artist at Tattersalls, working on a number of their publications; initially British Racehorses and The Sporting Review. He graduated to become chief artist of The Field. He produced a great volume of work, much of which was engraved. The Sporting Magazine published 114 plates by Hall. He also worked for The Illustrated London News.Between 1838 and 1844, Hall lived in London, working in Tattersall?s and contributing to Tattersall?s British Racehorses and The Sporting Review. For a short period he became chief artist for The Field, and also contributed sporting pictures to The Illustrated London News. Hall then moved to Newmarket and concentrated almost exclusively on painting portraits of racehorse, providing a pictorial documentation of the most notable horses on the English turf during the nineteenth century