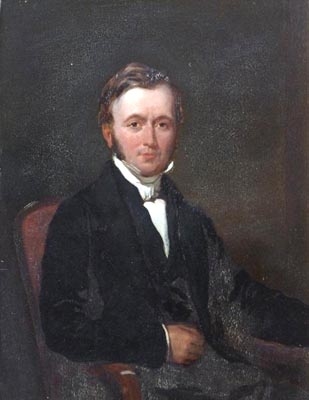 inscribed on the reverse
Richard A''Court Beadon,, 1820. Son of late Richard Beadon, b. 1809. Educated Charterhouse and St. John''s Coll. Cam. Prebendary of Wells, and Vicar of Cheddar and Wiveuscombe, Somerset.
William Leonard Holmes ? Court was born on 19 January 1835.1 He was the son of William Henry Ashe A''Court, 2nd Baron Heytesbury and Elizabeth Holmes.2 He married Isabella Sophia Beadon, daughter of Reverend Richard ? Court Beadon, on 24 September 1861.1 He died on 16 December 1885 at age 50, in the lifetime of the father.