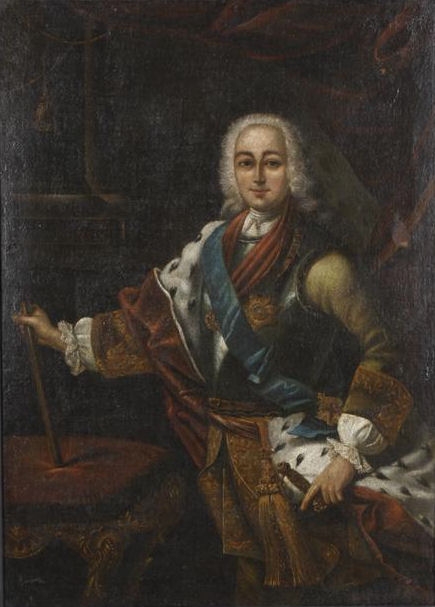 Georg Christoph Grooth was born in Stuttgart, Germany, and was trained in Dresden. In 1741 he came to the Russian Empire, first he settled in Revel (now Tallin, Lithuania). In 1743, Georg Grooth and Lucas Conrad Pfandzelt, also a German painter, were invited by Empress Elizaveta Petrovna to supervise and restore the Royal painting collections in St. Petersburg. Like other foreign painters in Russia, Grooth had Russian pupils and among them was Ivan Argunov (1729-1802), a talented painter. With Grooth, Argunov worked on the decoration of the court church at Tsarskoye Selo (now Pushkin). Georg Grooth died in St. Petersburg in 1749.