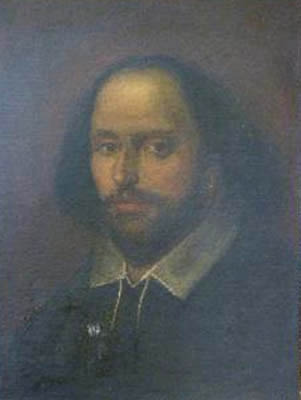 William Shakespeare (baptised 26 April 1564; died 23 April 1616) was an English poet and playwright, widely regarded as the greatest writer in the English language and the world''s pre-eminent dramatist. He is often called England''s national poet and the "Bard of Avon". His surviving works, including some collaborations, consist of about 38 plays, 154 sonnets, two long narrative poems, and several other poems. His plays have been translated into every major living language and are performed more often than those of any other playwright. Shakespeare was born and raised in Stratford-upon-Avon. At the age of 18, he married Anne Hathaway, with whom he had three children: Susanna, and twins: Hamnet and Judith. Between 1585 and 1592, he began a successful career in London as an actor, writer, and part owner of a playing company called the Lord Chamberlain''s Men, later known as the King''s Men. He appears to have retired to Stratford around 1613, where he died three years later. Few records of Shakespeare''s private life survive, and there has been considerable speculation about such matters as his physical appearance, sexuality, religious beliefs, and whether the works attributed to him were written by others. Shakespeare produced most of his known work between 1589 and 1613. His early plays were mainly comedies and histories, genres he raised to the peak of sophistication and artistry by the end of the 16th century. He then wrote mainly tragedies until about 1608, including Hamlet, King Lear, and Macbeth, considered some of the finest works in the English language. In his last phase, he wrote tragicomedies, also known as romances, and collaborated with other playwrights. Many of his plays were published in editions of varying quality and accuracy during his lifetime. In 1623, two of his former theatrical colleagues published the First Folio, a collected edition of his dramatic works that included all but two of the plays now recognised as Shakespeare''s. Shakespeare was a respected poet and playwright in his own day, but his reputation did not rise to its present heights until the 19th century. The Romantics, in particular, acclaimed Shakespeare''s genius, and the Victorians worshipped Shakespeare with a reverence that George Bernard Shaw called "bardolatry". In the 20th century, his work was repeatedly adopted and rediscovered by new movements in scholarship and performance. His plays remain highly popular today and are constantly studied, performed and reinterpreted in diverse cultural and political contexts throughout the world.

The "Chandos" portrait is one of the most famous of the portraits that may depict William Shakespeare (1564?1616). Believed to have been painted from life between 1600 and 1610, it may have served as the basis for the engraved portrait of Shakespeare used in the First Folio in 1623. It is named after James Brydges, 3rd Duke of Chandos, an early owner. The portrait was given to the National Portrait Gallery, London on its foundation in 1856 and it is listed as number one in its collection, being its first acquisition. It has not been possible to determine with certainty who painted the portrait, nor whether it really depicts Shakespeare. However the National Portrait Gallery believes that it probably does depict the poet. It has been claimed that Shakespeare''s friend Richard Burbage (1567?1619) painted the Chandos portrait, but the first known reference to the painting is in a note by George Vertue, who states that it was painted by John Taylor, a respected member of the Painter-Stainers'' company who may also have been the same John Taylor who acted with the Children of Paul''s. Vertue refers to Taylor as an actor and painter and as Shakespeare''s "intimate friend". He also states that before the Duke of Chandos acquired it, the portrait was owned by Shakespeare''s godson, William Davenant (1606?1668), who, according to the gossip chronicler John Aubrey, claimed to be the playwright''s illegitimate son. He also states that it was left to Davenant in Taylor''s will and that it was bought by Thomas Betterton from Davenant and then sold to the lawyer Robert Keck, a collector of Shakespeare memorabilia. After Keck''s death in 1719 it passed to his daughter, and was inherited by John Nichol, who married into the Keck family. Nichol''s daughter Margaret married the 3rd Duke of Chandos. The painting passed through descent within the Chandos title until Richard Temple-Grenville, 2nd Duke of Buckingham and Chandos sold it to the Earl of Ellesmere in 1848. Ellesmere donated it to the National Portrait Gallery.