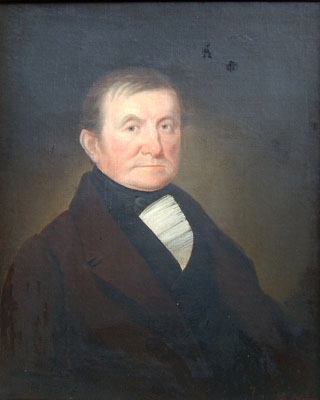 Ordoyno, Thomas ''Flora Nottinghamiensis'', 1807 and ''By paths of Nottinghamshire History''.
n 1807 Mr. Thomas Ordoyno, nurseryman and seeds-man of Newark, published his ?Flora Nottinghamiensis; or, A Systematic Arrangement of the Plants growing naturally in the County of Nottingham.? The work consists of 344 pages, and is arranged after the Linnean system of classification. The list of plants, with their stations, is very full; and the work bears evidence of the intelligence and industry of its author. It is interesting to observe in the preface the remark that, since the appearance of Deering?s work, ?the busy hand of human industry . . . has altered the face of nature, and expelled many of these inoffensive tribes from the habitations which they formerly occupied.? Thomas Ordoyno, author of ''Flora Nottinghamiensis'' (1807), the seminal work on the flora of Nottinghamshire. He was a prominent figure in the community, living in a mansion at the village of Coddington and owning several properties in Newark.He married Ann Brown on 19 Jun 1792 in Newark Upon Trent, Nottingham, England and had two children ; Thomas Ordoyne christened 19 Jun 1792 and Ann Ordoyne.
The surname Ordoyno was once prominent in Newark, spawning a string of male descendants who made a considerable impact on the town and region in the 18th Century. The name is of Dutch origin and he has traced its first appearance in England to the 1630s when a Jarrett Vandennen came over from Holland to work as a dyke engineer draining the fens near Axholme in Lincolnshire. Vandennen changed his name to Ordoyno, although Jarrett (or more recently Garratt) remained a family name for some generations to come. The first local occurrence of the name dates from 1723 when the birth of a Garratt Ordoyno was registered at Coddington. In the last quarter of the 18th Century Jacob and Garratt Ordoyno had established a successful business as nursery and seedsmen in Newark and Coddington, finding a ready market with local farmers and market gardeners. In 1785 Jacob Ordoyno bought some land behind the Malt Shovel public house on Northgate for use as a nursery. In November 1795, following the death of Garratt Ordoyno, his place in the business was taken by his son, also called Garratt.
This younger Garratt (1772-1855) is listed as a member of the Newark Volunteers in 1804 and is thought to have continued in the family nursery business until Jacob''s death in 1812. At that time the business is thought to have been sold to a Joseph Withers. Garratt jnr. remained in Coddington as a farmer. In the 1829 Charity Commissioners'' report for Nottinghamshire he is listed as a trustee of the charity which Jacob had founded in Coddington (in 1809) whereby the interest on ?20 was distributed either in money or coals to the poor of the parish. The same document tells us that at that time Garratt had been the parson''s churchwarden in Coddington for 30 years.
Garratt jnr. died in 1855 aged 83 and was buried at Coddington on June 8. Two other Ordoyno brothers - Thomas and Charles - also rose to prominence in Nottinghamshire. Charles (another son of Garratt snr.) moved from Coddington to Nottingham where he became a successful publisher and printer. He seems to have specialised in producing rather salacious, though no doubt avidly read, pamphlets describing events such as trials, murders and hangings. A collection of his publications is held at Nottingham Central Library and spans the years 1812 - 1836 (W. J. Clarke''s book Early Nottingham Printers and Printing (1942) lists a W. Ordoyno as operating in Pannier Gate, Nottingham, in 1815, although the connection between him and Charles Ordoyno is not yet clear). Thomas Ordoyno, also a son of Garratt snr, continued the family''s horticultural tradition and became a respected naturalist and author. In Garratt snr''s will of 1795, Thomas was bequeathed six messuages in Water Lane, off Northgate in Newark and it is presumed that it was here on land close to the Malt Shovel public house that he carried out his nursery business (perhaps in conjunction with Garratt jnr and Jacob) The Dictionary of British and Irish Horticulturists states that Thomas was probably responsible for producing the botanical parts of a catalogue issued by G. and J. Ordoyno in about 1795).
Thomas''s most memorable and important work, however, the one for which he is still remembered today, is his ground-breaking Flora Nottingamiensis published by S. and J. Ridge in Newark in 1807. The book is a systematic listing (one of the earliest ever compiled) of plants growing in the county and where they could be found. Hitherto, the principal source of information on the county''s flora had been Charles Deering''s Catalogue of Plants Naturally Growing .... about Nottingham which first appeared in 1738. Subsequent works on Nottinghamshire''s flora tended simply to copy from Deering and it is not until the appearance of Ordoyno''s Flora in 1807 that there is any significant evidence of new research. Ordoyno''s book includes a number of species which had gone unrecorded by Deering and his imitators. The book is dedicated to William Sherbrooke of Oxton (died 1831) who was principal landowner in that village and may have been Thomas''s patron. The Victoria County History of Nottinghamshire describes Thomas''s book as a landmark in the county''s botanical history and one which gave considerable impetus to the widespread study of the county''s flora which followed thereafter. (The work of Thomas Jowett and Godfrey Howitt MD of Nottingham, whose own Flora of the county was published in 1839, are a case in point). Nottinghamshire family line.