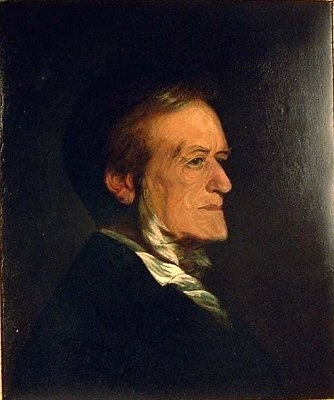 He was the son either of the police actuary Friedrich Wagner, who died soon after his birth, or of his mother''s friend the painter, actor and poet Ludwig Geyer, whom she married in August 1814. He went to school in Dresden and then Leipzig; at 15 he wrote a play, at 16 his first compositions. In 1831 he went to Leipzig University, also studying music with the Thomaskantor, C.T. Weinlig; a symphony was written and successfully performed in 1832. In 1833 he became chorus master at the W?rzburg theatre and wrote the text and music of his first opera, Die Feen; this remained unheard, but his next, Das Liebesverbot, written in 1833, was staged in 1836. By then he had made his d?but as an opera conductor with a small company which however went bankrupt soon after performing his opera. He married the singer Minna Planer in 1836 and went with her to K?nigsberg where he became musical director at the theatre, but he soon left and took a similar post in Riga where he began his next opera, Rienzi, and did much conducting, especially of Beethoven.