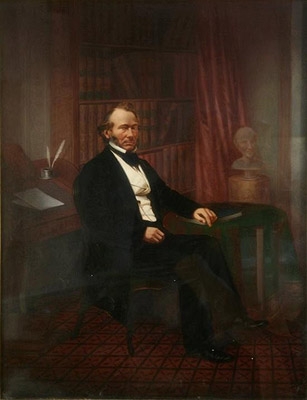 Richard Cobden, 1804-1865, statesman, was born on 3 June 1804, in an old farmhouse in the hamlet of Heyshott, near Midhurst, on the western border of Sussex. He came of an ancient stock of yeomen of the soil, for several centuries rooted in that district. William Cobden, his father, was a small farmer. The unfavourable circumstances of agriculture at the peace were too strong for him, and the farm was sold. Relatives took charge of his eleven children, and Richard, who was fourth among them, was banished for five miserable years to one of those Yorkshire schools whose brutalities were afterwards exposed in Dickens''s famous picture of ?Dotheboys Hall.? In 1819 he became a clerk in his uncle''s warehouse in Old Change, and in due time went the circuits as commercial traveller, soliciting orders for muslins and calicoes, collecting accounts, diligently observing whatever came under his eye, and impressing everybody with his power of making himself useful.