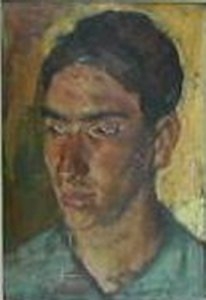 Mervyn Levy was a writer, critic and teacher of art.
During the 1950s his teaching skills led to his own BBC television series, Painting For Housewives, which ran for several years, and for a while helped make him a household name. For many years he also appeared regularly on BBC radio arts programmesincluding Kaleidoscope and regularly interviewed sculptors and paint-ers for the BBC radio archives.