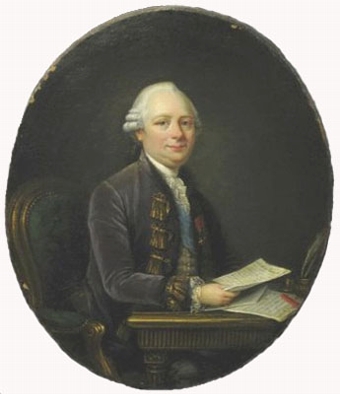 He was the eldest son of Fran?ois Joseph de Choiseul, marquis de Stainville (1700-1770), and bore in early life the title of comte de Stainville. He entered the army, and during the War of the Austrian Succession served in Bohemia in 1741 and in Italy, where he distinguished himself at the battle of Coni, in 1744. From 1745 until 1748 he was with the army in the Low Countries, being present at the sieges of Mons, Charleroi and Maastricht. He attained the rank of lieutenant-general, and in 1750 married Louise Honorine, daughter of Louis Fran?ois Crozat, marquis du Ch?tel (d. 1750), who brought her husband her share of the large fortune of her grandfather Antoine Crozat and proved a most devoted wife.Choiseul gained the favour of Madame de Pompadour by procuring for her some letters which King Louis XV had written to his cousin Madame de Choiseul, with whom the king had formerly had an intrigue; and after a short time as bailli of the Vosges he was given the appointment of ambassador to Rome in 1753, where he was entrusted with the negotiations concerning the disturbances called forth by the bull Unigenitus. He acquitted himself skillfully in this task, and in 1757 his patroness obtained his transfer to Vienna, where he was instructed to cement the new alliance between France and Austria.His success at Vienna opened the way to a larger career, when in 1758 he supplanted Cardinal de Bernis (1715-1794) as minister for foreign affairs and so had the direction of French foreign policy during the Seven Years'' War. In 1759 he planned an ambitious invasion of Britain which was halted by French naval defeats at Lagos and Quiberon Bay.
At this time he was made a peer of France and created duc de Choiseul (Duke). Although from 1761 until 1766 his cousin C?sar Gabriel de Choiseul (1712-1785), duc de Praslin, was minister for foreign affairs, yet Choiseul continued to control the policy of France until 1770, and during this period held most of the other important offices of state. As the author of the Pacte de Famille he sought to retrieve by an alliance with the Bourbon house of Spain the disastrous results of the alliance with Austria; but his action came too late. His vigorous policy in other departments of state was not, however, fruitless.Coming to power in the midst of the demoralization consequent upon the defeats of Rossbach and Krefeld, by boldness and energy he reformed and strengthened both army and navy, and although too late to prevent the loss of Canada and India, he developed French colonies in the Antilles and San Domingo, and added Corsica and Lorraine to the crown of France. His management of home affairs in general satisfied the philosophes. He allowed the Encyclop?die to be published, and brought about the banishment of the Jesuits and the temporary abolition of the order by Pope Clement XIV.
However, Choiseul''s fall was caused by his action against the Jesuits, and by his support of their opponent La Chalotais, and of the provincial parlements. After the death of Madame de Pompadour in 1764, his enemies, led by Madame du Barry and the chancellor Maupeou, were too strong for him, and at the height of the Falkland Crisis in 1770 he was ordered to retire to his estate at Chanteloup. The intrigues against him had, however, increased his popularity, which was already great, and during his retirement, which lasted until 1774, he lived in the greatest affluence and was visited by many eminent personages. Greatly to his disappointment Louis XVI did not restore him to his former position, although the king allowed him to come back to Paris in 1774, where he died on May 8, 1785, leaving behind him a huge accumulation of debt which was scrupulously discharged by his widow. Choiseul possessed both ability and diligence, and though lacking in tenacity, he showed foresight and liberality in his direction of affairs. In appearance he was a short, ill-featured man, with a ruddy countenance and a sturdy frame. His M?moires were written during his exile from Paris, and are merely detached notes upon different questions. Horace Walpole, in his Memoirs, gives a very vivid description of the duke''s character, accuses him of having caused the Russo-Turkish War (1768?1774), as a revenge on tsarina Catherine II, and says of his foreign policy: "he would project and determine the ruin of a country, but could not meditate a little mischief or a narrow benefit. ... He dissipated the nation''s wealth and his own; but did not repair the latter by plunder of the former." In reference to Choiseul''s private life Walpole asserts that "gallantry without delicacy was his constant pursuit." Choiseul''s widow, a woman "in whom industrious malice could not find an imperfection," lived in retirement until her death on December 3, 1808. Choiseul Island, the largest island of the Solomon Islands is named after him.
Franz Pieter Joseph Kymli was born in Mannheim in 1748 and died in Paris in 1813. His name is variously spelt Kimli, Kimle and Himly, he was a genre painter, pastelists , miniature painter, fan painter , engraver and portrait painter, as well as being a charge d''affaires of the Kurfurst Karl IV. Theodore Von der Pflaz. He enrolled in 1772 as a pupil of the academie royal under the protection of Willie, whom he painted in oil. He exhibited numerous works in the Paris Salon de Colisee, 1776, Salon de la Correspondance 1779-1887. His work was engraved and a postumous sale of his work was held in Paris in 1813.