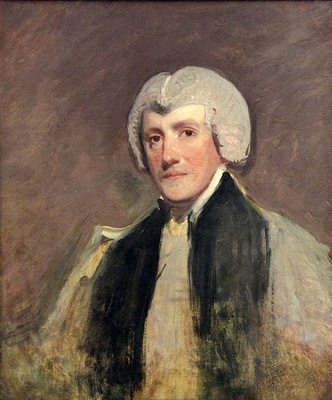 The Portrait sketch is for the full length portrait of Manners-Sutton at Windsor Castle, circa 1795. (J Ingamells, English Episcopal Portraits p372 type A1)