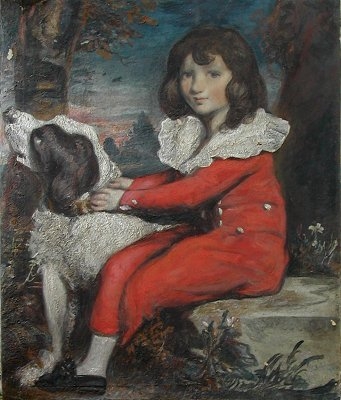 SON of the late General Shirreff; was made a Lieutenant March 3, 1804, and promoted to the command of the Lily sloop, on the Leeward Islands station, March 3, 18061 ; but . he did not join that vessel until the close of the same year.
R 1I7_ t ''
In March 1808, Captain Shirreff assisted at the capture of
j)c:eada,?a service thus described by his senior officer, in a letter to Sir :Alexander Cochrane
" N. t11. S. Cerberas, at Deseada, lhlarch 30.
" On the ?29th instant I weighed from Alarie Galante, with the vessels named in the marlin `; and on the 30th, at 3?30 P. 11I., the boats, under the command of Captain Shirreff, with a detachment of seamen and marines from each vessel, under their respective commanders (who gallantly volunteered their services on the occasion), stood towards the shore, which was defended by a battery of two 9?pounders, completely commanding the narrow entrance of the harbour, together with the national troops and militia, amounting to about 70 men, who opened their fire upon the boats, when I found it necessary to anchor the squadron with springs on the cables, and commence a cannonading, which soon silenced them, and at ?1 o''clock the French flag was struck; the boats landed at 4?30, hoisted the British flag, and the whole island surrendered without further opposition. I have the satisfaction to acquaint you, that this capture has been effected without loss; the commandant, national officers, and troops, are
made prisoners of war, and the militia have laid down their arms. ??
" I should not do justice to the merit of Captain Shirreff; were I not to express in the highest terms my entire approbation of his conduct, together with that of Captain (William) Ward, and all the officers and men employed on this service.
(Signed) ?? AV. SELBY t:"
The inhabitants of Deseada having generally taken the oath
of neutrality, and their batteries, containing 31ong 24?pound
ers, 4 nines, and 2 sixes being destroyed, Sir Alexander Coch
rane did not leave any force on that island, but stationed the
Lily, Express, and Mosambique there for its protection from
the enemy''s cruisers, as well as to prevent the arrival of any
troops from Guadaloupe. On the 21st of the ;following
month, Captain Shirreff''s little squadron captured le Jean
Jacques, French letter of marque, pierced for 18 guns, but
with only 6 long 9?pounders mounted. This vessel had been
sent from Bourdeaux for the express purpose of cruising ill
''? the Caribbean seas; .and from her superior sailing, she would
most likely have proved a great annoyance to the British mer

cants, one of whose brigs had, taken. by her,, but was recaptured by the boats of the Lily and''. her consorts.
Captain Shirreff was posted into the Garland 22, on the. Jamaica station3 Nov. 15, 1809; and appointed to the Barrosa, a new frigate,cOct. 25,''''1812. In the following dear we find him serving, oil the coast of North America *
, where lie continued until the,conclusion of the war. His last appoint
"ment was, Sept. 10, 1817, to the Andromache 44, in which
ship he returned home from the South American station, Aug.
31, 1821 fi.
This officer married June 29, 1810. Elizabeth, eldest daughter of the late Honourable David Muray, uncle to the present Lrd Elibank.