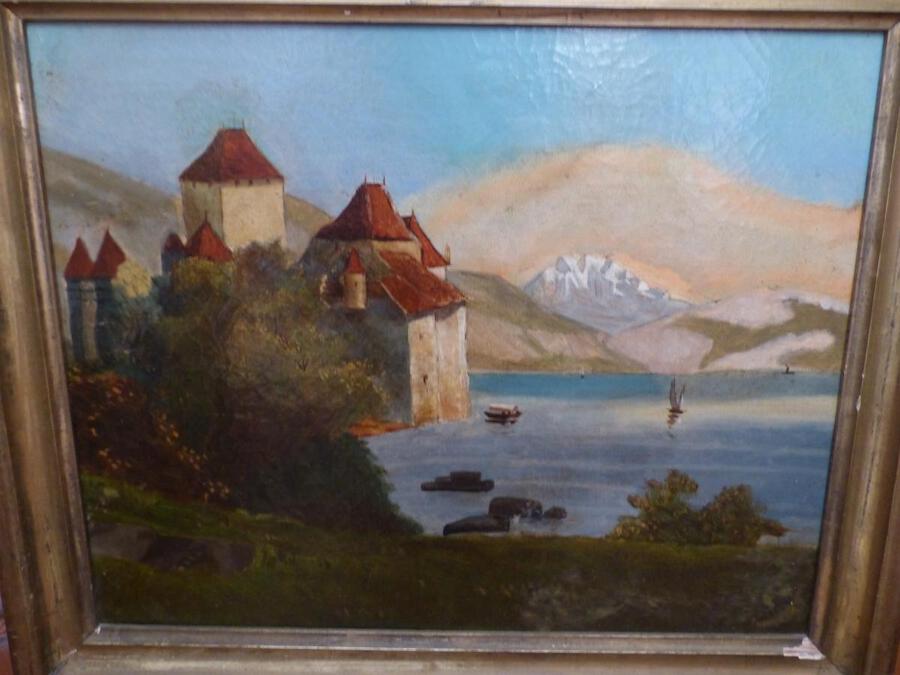 Very beautiful canvas of the Swiss School, realistic movement. Period circa XIXth century.
The Château de Chillon on the shores of Lake Geneva (Swiss side)
(out of frame measures)
Realism is an artistic movement that appeared in painting, in France and in Great Britain, in the middle of the 19th century, which, affirming its difference with regard to romanticism, is characterized by a quest for reality, a raw representation of everyday life and exploration of societal themes. Realism is not an attempt to slavishly imitate reality, and is not limited to painting. He explodes the canons, uses or rules of academic painting in his time, in a context that sees the emergence of photography, the ideals of socialism and positivism, and participates in the general phenomenon of questioning aesthetic categories and artistic hierarchies. By its radicality, this movement allowed the various artistic avant-gardes to assert themselves from the end of the 19th century. “The problem of the representation of the 'real' has always been one of the most pressing concerns of painting, but it was the very notion of reality that changed from period to period: spiritual reality - no less true than the other - overriding material reality, or vice versa. According to whether the form emptied of its soul content, or, on the contrary, tended to dematerialize, Realism took more or less hold on art. "