oath of the horatii 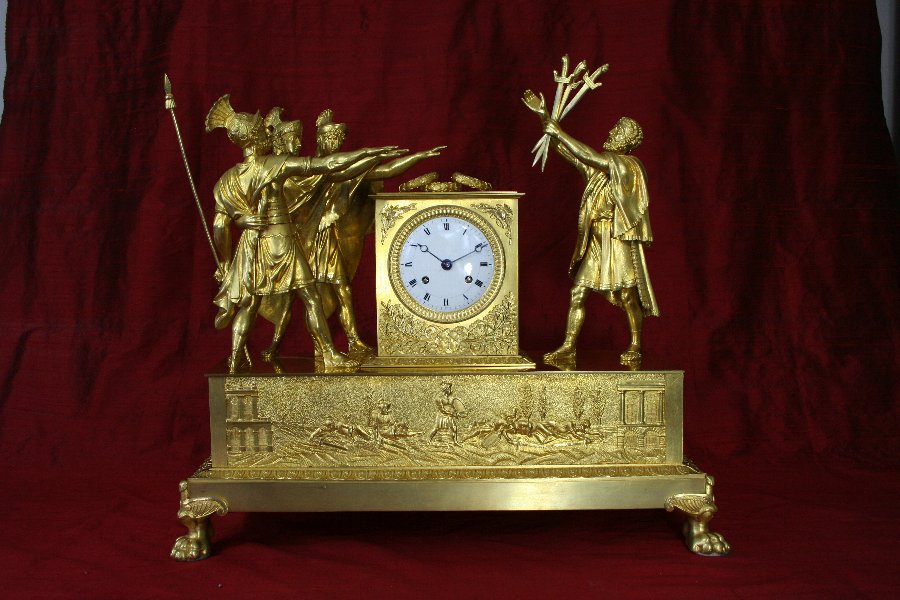 This very fine Empire Gilded Mantle Clock signed and made by 'Gentilhomme and Gaston Jolly of Paris' circa 1805. It is of 8 day duration with Count wheel striking on a bell.

The theme of this clock is "Honour" and depicts the story of the OATH OF THE HORATII. This clock is alluding to and by association with, the celebration of the prowess of the common French soldier. Reinforcing the ideas of Honour and duty over personal safety. As Painted and inspire by David and whose Painting, hangs in the Louvre, Paris.

Similar clocks are in the Royal residences of Buckingham Palace, the Royal Palace of Stockholm and a Castle in Munich.