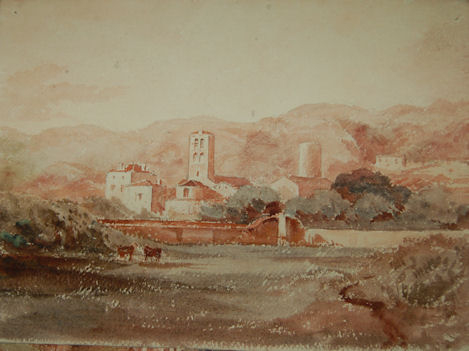 The commune gives its name to the popular blue cheese Fourme de Montbrison which has been made in the region for centuries. The town of Montbrison was founded in the area around the lords'' castles in the Forez region, of which Montbrison would later become the capital. The earliest recorded reference to the town dates back to 870.The town was fortified following the attacks by the English army at the start of the Hundred Years War. During the Religious Wars Montbrison was captured and pillaged by the Protestant forces of Fran?ois de Beaumont in 1562, with the town''s garrison thrown from the ramparts onto spikes placed by the attackers. The Convent of the Visitation was founded in 1643 during a period of heavy famine, with the town again undergoing a series of poor harvests combined with an attack of the plague between the years 1648-1653. The Augustinian Convent was founded in 1654, followed by the Hospital to house the poor in 1659. The Ursuline Convent closed in 1851.