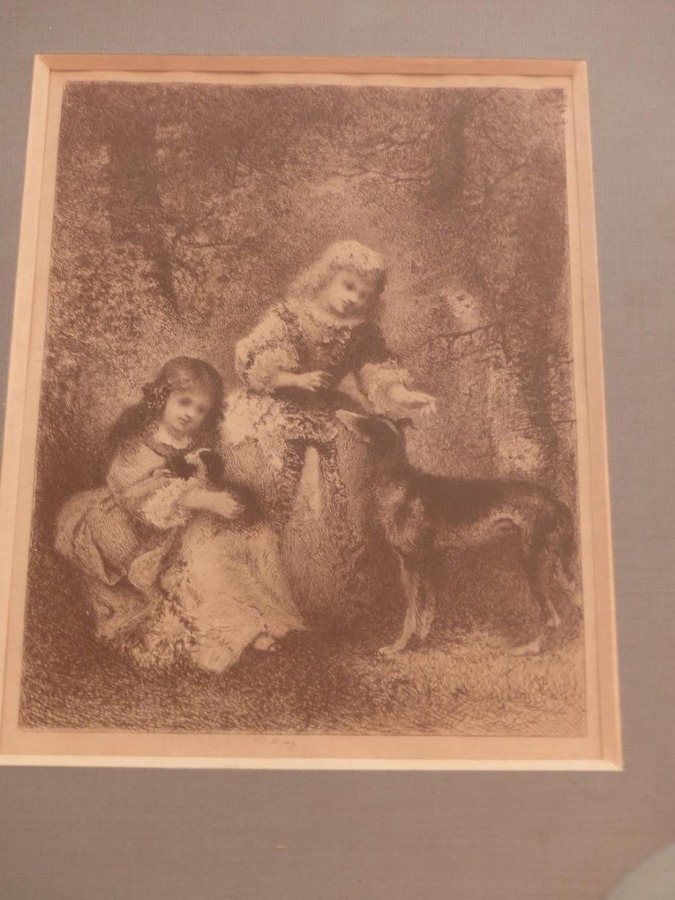 Narcisse Virgilio Díaz, also known as Narcisse Díaz de la Peña, born August 20, 1807 in Bordeaux and died November 18, 1876 in Menton, is a French painter. The composer Eugène-Émile Diaz (1837-1901) is his son. Narcisse Díaz de la Peña became an orphan in Paris in 1817. He lost a leg as a result of a viper bite. In 1822, he became an apprentice painter at the Arsène Gillet porcelain factory. From 1837, he joined the group of the École de Barbizon and painted landscapes in which we find the sites he particularly likes in Fontainebleau: Bas-Bréau, Apremont, and the Solle valley. Díaz admires Eugène Delacroix and like artists and writers, he is fascinated by the Orient. The Orientales by Victor Hugo impress him. He also uses nature as a backdrop to introduce allegorical figures, mythological or close to reality. His painting La Descente des Bohémiens was a great success at the Paris Salon of 1844. In 1849, he organized a sale of sketches and studies from nature, while in general painters offered to sell paintings completed. The selling prices are quite low, but he will repeat the experience in the following years and get higher prices. He frequents Théodore Rousseau and Jean-François Millet and gives them his support. He paints by working the material which allows him to obtain light effects and in this he will influence the Impressionists. From 1862 he stayed regularly on the Normandy coast, in particular at Étretat. He painted several seascapes alongside his friend Gustave Courbet. At the Salons, he regularly receives awards and is considered a "charming colorist". It is this quality that Vincent van Gogh, his fervent admirer valued most in him. Despite his many Impressionist friends, he did not appear at the first Impressionist exhibition in 1874, possibly because of his illness, "chronic bronchitis", presumably tuberculosis, which died two years later. Its official color merchant is H. Vieille at n ° 35 rue Laval in Paris. His house in Barbizon is located at n ° 28 on the Grande Rue.