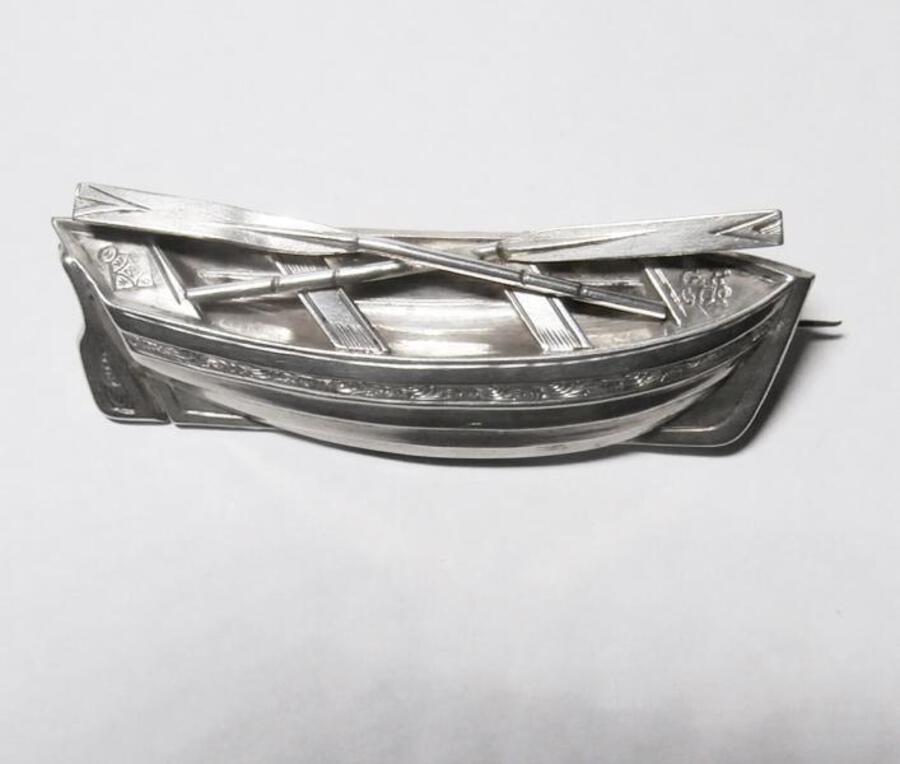 On 7th September 1838 the paddle steamer SS Forfarshire was travellling from Hull to Dundee on a stormy night. The Forfarshire was having difficulties with its engine boilers when disaster struck of the coast of the Farne Islands, Northumberland. Nine crew members and one passenger escaped in the lifeboat. As morning dawned, the survivors were still clinging to the rocks. A lighthouse keeper, William Darling, and his daughter Grace,decided to row out to the survivors to rescue them. William climbed onto the rocks to examine the survivors, whilst Grace stayed in control of the boat. In the terrible weather, she struggled to keep it away from the rocks. Grace and her father took the survivors back to the Longstone lighthouse, where they remained for three days until the storm finally passed. Grace received several awards, including a Gold Medal for Bravery from the Royal Humane Society and a Silver Medal for Gallantry from the RNLI. Admirers sent letters, money and gifts to Grace - and evenQueen Victoria sent her £50 - a sizeable amount in those days. Artists travelled to Longstone to paint her portrait for engravings to be sold to the curious public, and Grace became immortalised in plays, songs, poems and memorabilia. Sadly, she developed tuberculosis in 1842 and died soon after. This silver brooch commemorative brooch bears the Design Registry mark at the stern for March 1865 and on the bow the unidentified maker's mark G.R &amp; Co.probably a Birmingham company, as Birmingham specialiused in 'small goods' The brooch is a tiny triumph of the die-cutter's art, since it would have been struck from a steel die giving its remarkably three-dimensional appearance. It is 2 1/4 inches: 57 mm in length.