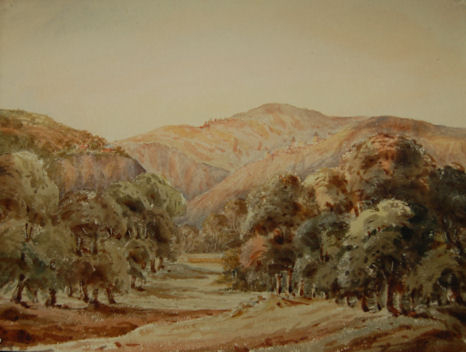 Souillac is about 30 km east of Sarlat. Souillac is a very pleasant town and an excellent base for exploring the east of the Dordogne department and the north of the Lot. There are lots of camp sites in the hills rising above Souillac.

The main attraction in Souillac is the Abbey Sainte-Marie. The original abbey was built in the 12th century. Souillac''s situation on the road between Toulouse and Paris, on the river Borr?ze and close to the river Dordogne led to the development of the town. It was surrounded by a defensive wall with five entrances. However the town and particularly the abbey suffered in the wars of religion. In the 17th century the benedictine monks rebuilt the monastic buildings next to the abbey. The abbey has beautiful domes in the same style as the cathedral at Perigueux. Inside are some excellent Romanesque sculptures.The town itself still contains many vestiges of its medieval past and you can pick up a guide from the tourist office or take a guided tour either on foot or on ''the little train''.The tourist office is situated on the main street of Souillac, Boulevard Louis Jean Malvy. It is built into the back of the St Martin''s church. This church was converted into the Town Hall from 1825 - 1985. The town hall has now moved to the edge of town.My favourite part of town is around the town library which is in a beautiful 14th century medieval building. The road behind this, the Rue de la Halle is full of interesting buildings. This road was the original ''Grand Rue'' and joined the two main gateways into the town.The halle in Souillac is a 19th century neo-classical building and has probably replaced an earlier structure. Many towns in this area have medieval halles.John Louis Petit was born at Ashton-under-Lyne, Lancashire, son of John Hayes Petit. He was educated at Eton, and contributed to the "Etonian". He was elected to a scholarship at Trinity College Cambridge in 1822, graduated BA in 1823 and MA in 1826, and on 21st June 1850 he was admitted "ad eundem" at Oxford. He took holy orders in 1824, but undertook no parochial work. Petit showed a taste for sketching in early years. His favourite subject was old churches, and a great part of his life was spent in visiting and sketching them. In 1839 he made his first extensive tour of the continent. The results appeared in his "Remarks on Church Architectire" (1841, 2 vols which had illustratuions. It was followed in 1846 by "Remarks on Church Architectural Character" Royal folio format.In the same year Petit published a lecture which he had delivered on 24th Feb 1846 to the Oxford Society for promoting the study of Gothic Architecture, under the title "Remarks on the Principles of Gothic Architecture as applied to ordinary Parish Churches". It was succeeded by "Architectire of Tewksbury Abbey Church". Royal svo 1846. " Architectural notes in the neighbourhood of Cheltenham"and "Remarks on Wimborne Minster", 1847. "Remarks on Southwell Minster". With numerous good illustrations. 1848. "Architectural Notices relating to Churches in Gloucestershire and Susse". 1849. "Architectural Notices of the Curious Church of Gillingham.Norfolk". And an "Account of Sherborne Minster". 1850. In 1852 Petit published an account of Brinkburn Priory". In 1854 appeared Petit''s principal work. "Architectural Studies in France", imperial SVO. It was beautifully illustrated with fine woodcuts and facsimiles of anastic drawings by the author and his companion, Professor Delamotte. It showed much learningand observation, and threw light upon the formation of Gothic in France, and on the differences between English and French Gothic. A new edition , revised by Edward Bell, FSA, with introduction, notes and index, appeared in 1890. The text remained unaltered but the illustrations were reduced in size, and a few added from Petit''s unused woodcuts. In 1864-65 he travelled in the East and executed some striking drawings. He died in Lichfield on 2 Dec 1868, from a cold caught while sketching and was buried in St Micheal''s Churchyard. Petit was the founder of the British Archealogical Institute at Cambridge in 1844. He was also FSA, an honoury member of the Institute of British Architects, and a governor of Christ''s hospital.