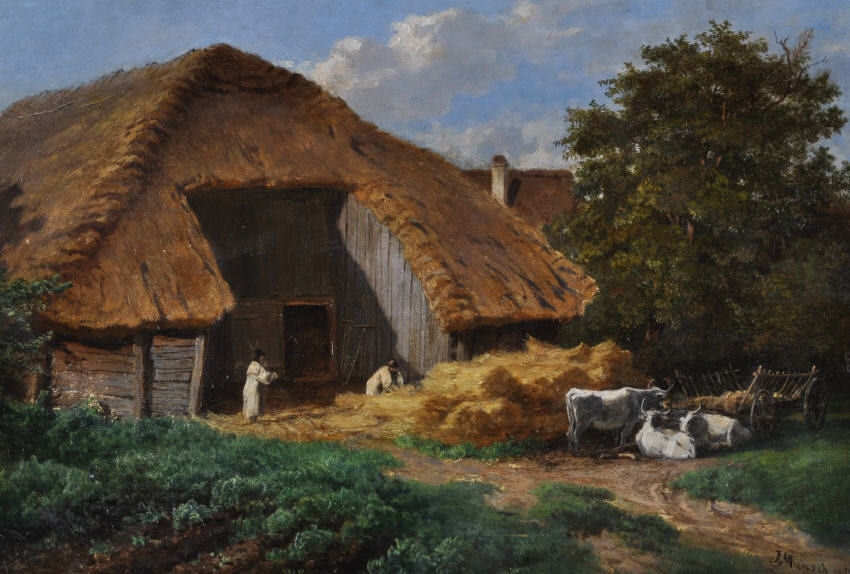 Leopold Munsch (1826 Vienna - 1888 Bratislava) was an Austrian landscape painter of the second half of the 19th century. He studied at the Vienna Academy, was active in Vienna and Pressburg (now Bratislava).

A threshing barn primarily consists of a large covered area with a central thrshing floor, paved or borded, on which corn was threshed by hand flailing. The threshing barn was also used to store cereals, to keep them in dry conditions. Characterized by large double doorsin the centre and one single side door. The grain was beaten from the crop by flails and then seperated from the husks by winnowing between these doors. The design of these typically remained unchanged between the 12th and 19th centuries. The large doors allow for a horse wagon to be driven through; the smaller doors allow for the sorting of sheep and other stock in the spring and summer. Many of these barns have been preserved in the form of barn conversions for domestic and comercial use.