Antique Drawing of a Horse on Antique Manuscript Paper | ANTIQUES.CO.UK |

drawing of a horse on antique manuscript paper 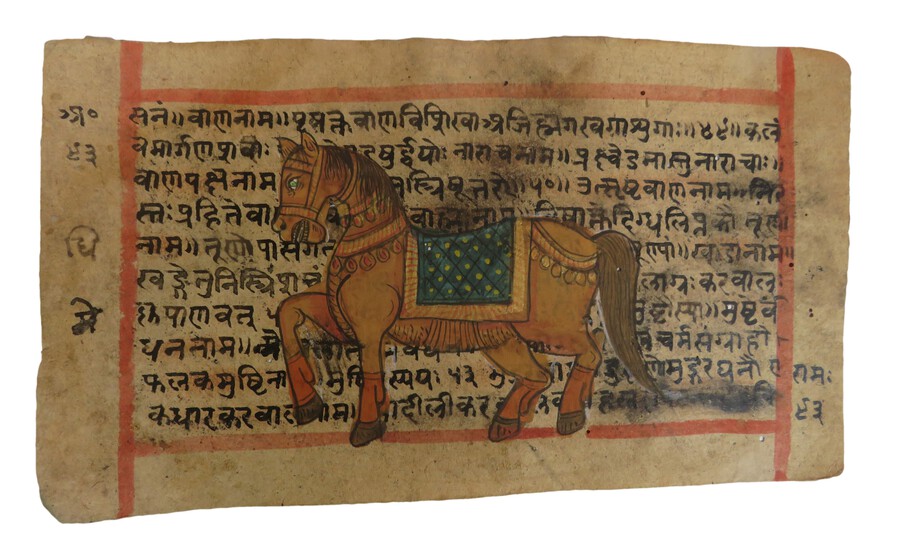 The Hindu tradition gives the horse a very important religious meaning. The horse in the Hindu culture is the symbol of loyalty, respect and power. According to myth, the first horse was called Uchaisravas which was a seven-headed flying horse that is the ancestor of all the current horses. Later the myth of the horse in the Hindu culture continues with the fight between the god Brahma, creator of the Universe, and Surya, the god of the sun. They competed for the ownership and of seven horses in charge of pulling the solar disk. Therefore, horses are responsible for the passage of the sun throughout the day.If there is interest, I will provide other details/information available prior to purchase.